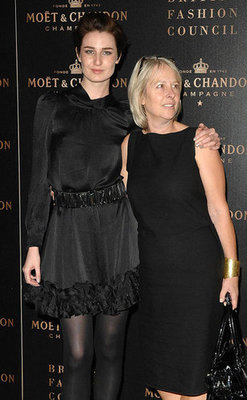 The use of size zero models on the catwalk is a long, disputed subject that reappears every season. The British Fashion Council (BFC) headed by Hilary Riva have been trying desperately hard to tackle the problem. Last season, they ruled that every model should provide a doctor's certificate proving they are in good health before appearing in a show. Milan, Paris and New York deemed this "unworkable" and now the BFC have thrown out the idea amidst fears that models will boycott London Fashion Week.

Riva spoke to The Times explaining, "This will only work if it’s an international solution. I would love for there to be a simpler solution. If we could just tick a box and move on it would make everyone’s life easier but now this really is a long-term behavioural and educational campaign.”

Whilst the health certificates were a good idea, models were expected to pay between £250 and £500 for one which is considerably less than most get paid per show. The idea was posed by the Model Health Inquiry which also banned the use of girls under 16.


“We looked at things like doctor’s certification and body mass index and decided that, for us, it wasn’t the appropriate recommendation. We felt it was wrong to force a girl to have a physical examination, especially because the signs of a problem aren’t always obvious.”

It seems there still isn't a solution to this problem, but what do you think would be the best way to tackle the issue?
Source