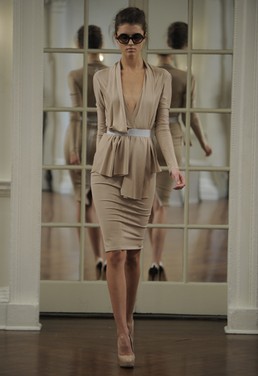 New York Fashion Week is closer than you think! The fashion showcase begins on 9th September and it sounds like preparations are already well under way. Victoria Beckham will again show in the American fashion capital, but this time she will have a little help from fellow British designer Kelly Hoppen.

According to reports, the interior designer revealed, "I'll be designing the backdrop to her catwalk collection and it's going to be something really special. I love Victoria's designs. She's great fun and we're always giggling."

Kelly is an interior designer and also stepmum to Sienna Miller! There is also a rumour that Agyness Deyn and Kate Moss will be making catwalk appearances in New York.