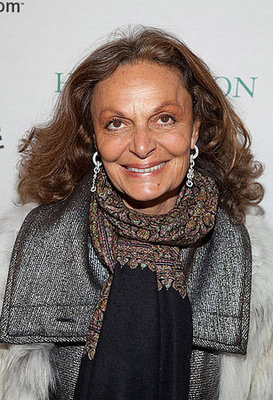 Diane von Furstenberg has set her sights high for 2009. The designer who extended her retail empire last month with a new boutique in Miami, confessed that she is soon to add hotel design to her C.V, but not just any hotel.

Diane has revealed that she has plans to take over ten rooms at London's Claridges. The Mayfair based, five-star hotel will get the DVF touch as it will also be updated by the likes of David Collins and Thierry Despont. She told WWD, “It’s my favorite hotel in the world. It will probably debut in May.”

This isn't her first hotel connection, she designed the DVF Emergency Fashion Kit for the W Hotels (including a black wrap dress, thong and a garment bag). She also designed the uniform for waitresses at the Hollywood Roosevelt.