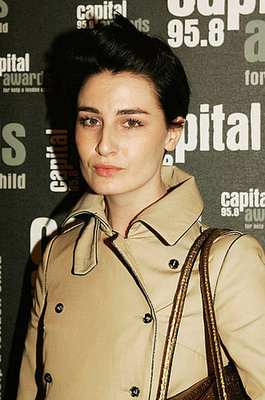 Erin O'Connor is probably best known these days for the M&S adverts in which she stars alongside Twiggy and Lily Cole to name but a few. However, that is not the only thing she does, she is also the Vice Chair of the British Fashion Council, a regular at M&S Board meetings and now a radio DJ with her very own show Erin's Model World on Radio 4. She wanted to host the show to "give a well-rounded viewpoint on what I perceive the industry to be."

This Saturday the one off show will air at 10.30am and will include an interview with UK Vogue editor Alexander Schulman. She will also discuss the changes she has implemented as part of the Model Health Enquiry and her Model Sanctuary, which is a bolt-hole for models who can have free massages, nutritional advice and a place to rest during Fashion Week. If you will not be up that early on Saturday you can always listen again on their website.
Source