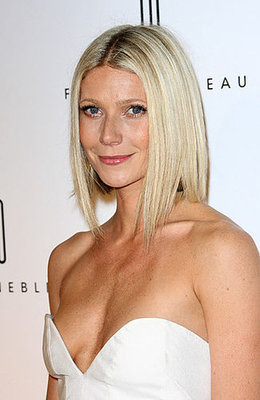 Many of you were opinionated about the recent Tods ad where Gwyneth posed amongst fur but this weekend she has apologised claiming she didn't know it was real. Responding to complaints from PETA Paltrow explained,

"That was awkward, because I do not wear fur at all. It was a day-long photoshoot on a boat near Capri, and there were all sorts of poses with all kinds of clothes – none with fur. During one set-up, a stylist came up from behind and draped a stole around my shoulders. I didn't pay much attention to it, and when I noticed it was fur I assumed it was fake fur but did not ask, so it's my fault. I know it's not a great excuse."

Gwyneth and her husband Chris Martin are famous for their eco style of living, and Paltrow is close friends with eco designer Stella McCartney, whose clothes she often wears. The explanation has been described as "hollow" by director of Animal Aid, Andrew Tyler. "She's had months to set the record straight and only excuses herself when cornered. It seems it's all the fault of a stylist."

What do you think of her apology? It does seem that stylists are being given a hard time recently, with Kate Winslet recently blaming the same source. Do stylists need to be more careful or do celebrities need to be more aware and take responsibilities for their own actions?
Source