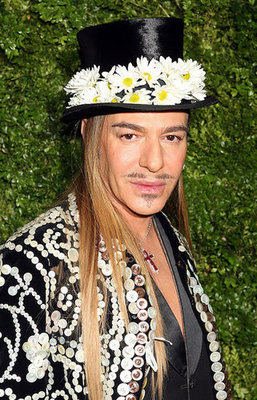 Last week I reported on the Queen's New Year honours list which included Anya Hindmarch and British Fashion Council's chairman Hilary Riva. Today John Galliano, who is already the holder of a CBE, has been appointed a chevalier of the French Legion of Honor.

The creative director of Christian Dior joins the likes of Sonia Rykiel, Azzedine Alaia, and Yves Saint Laurent, who have all previously received the accolade. Congratulations John!