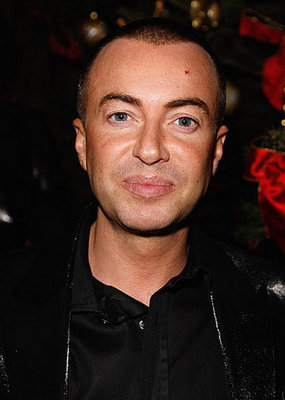 Just under twelve hours to go until the gala show at the end of Graduate Fashion Week awards the best young designers from 48 universities and colleges from across the UK. Exciting then that another established designer should be joining the panel as today it was announced that Julien MacDonald would be joining Claudia Schiffer, Lorraine Candy (editor of Elle UK) and River Island's Richard Bradbury.

If winning alone wasn't enough, the winning student will get a £20,000 prize, the chance to work at River Island and a lot of publicity. Last year the winning collection was snapped up by Victoria Beckham.
Source