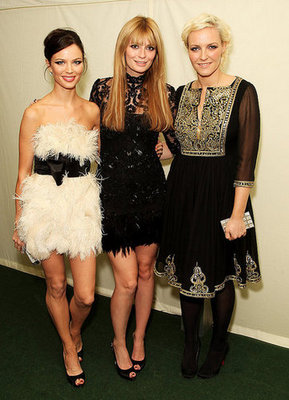 There has been some controversy surrounding them recently as their roles within Marchesa have reportedly changed. The British born design duo are big on both sides of the Atlantic with stockists including Selfridges, Neiman Marcus and Bergdorf Goodman.