Way back in February I reported that the Olsens were to release a book about their influences interviewing key designers and celebrities that they loved. Well, imagine my excitement when the coffee table book finally landed on my desk this week! The Olsens are busy promoting the book around the US but it isn't released here until 27th November. Pop UK and I are hoping they do a similar signing in London! 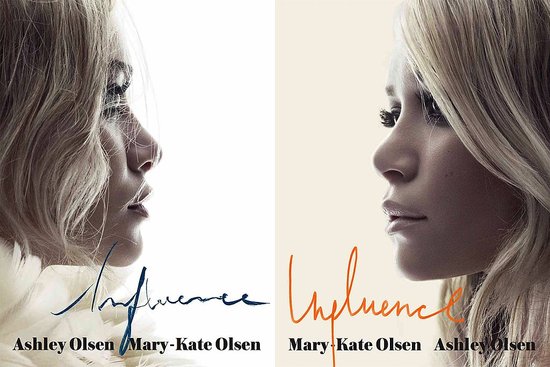 The book contains interviews with the who's who of the fashion world including Karl Lagerfeld, Diane Von Furstenberg, John Galliano and Christian Louboutin. To hear excepts from interviews just read more.

The book is packed with images of the girls and key items from their life which are important to them including a vintage Dior robe and a selection of Mary-Kate's sunglasses. There are collages of photos of the girls when they were young and 100s of polaroids of them rubbing shoulders with the rich and famous. I won't spoil too much but here are some excerpts from the key interviews.

Even if you're not that keen on the Olsens it's a really interesting book. I keep picking it up and reading a different bit and learning something new. They have used their design connections well to bring honest interviews from some of the biggest names in fashion. Influence will be available from the end of November, pre order here for £19.