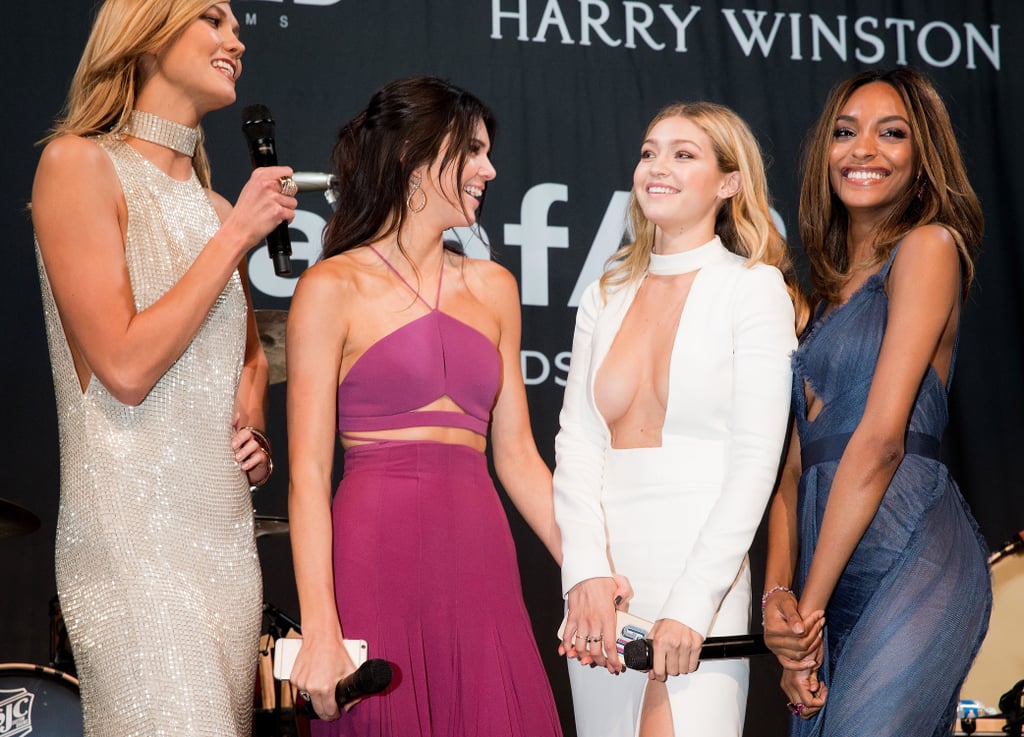 What — you expected the fashion industry would just ignore Gigi Hadid's body-positive Instagram message? No way. Instead, top models, including some of Gigi's best friends like Kendall Jenner and Hailey Baldwin, sent her lots of love. They regrammed her enlightened quote and wrote captions professing their admiration for the on-the-rise It girl.

"Everyone from Victoria's Secret Angels to plus-size girls that texted me, thanking me and saying that they feel so much of that bullying. It's amazing, the spectrum that it affects. It doesn't matter if people are saying you're anorexic or too fat. It's just that people are bullies. I was just kind of hoping that it would spark conversation. At first I did it for myself, but I think that a lot of people are scared to comment on the industry that they're in and they feel like they're not allowed to have a voice. I think that that's not true," Gigi told The New York Times.

Read on to see seven people who showed Gigi support on their own social media pages, some of whom she's never even met, like Tyra Banks! One thing's for sure, the latest crop of model superstars are soul sisters who back each other 100 percent — regardless of shape, size, height, weight, or the catwalks they walk down.