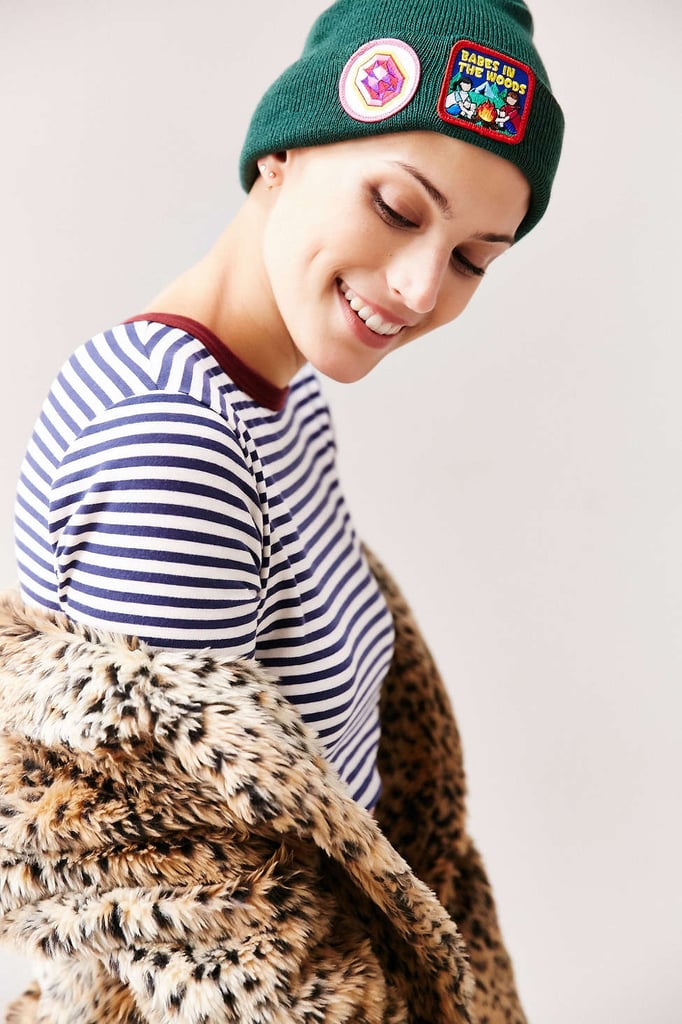 After losing her hair from chemotherapy, Dayna Christison let her friend take her photo for his fashion portfolio. All the 25-year-old wanted was the opportunity to "show people that it's OK to look this way and keep going and feel strong," she told the Today show. What it led to was a modelling career, helping her land a contract with Major Models, fashion campaigns, and the opportunity to walk down catwalks at New York Fashion Week.

Studying fashion business at LIM College, Dayna was diagnosed with Hodgkin's lymphoma during her senior year. And while she was initially told her cancer was in stage II, she later learned it was actually in stage IV. Yet despite her ongoing battle and treatments every other week, she continues to thrive: her face can currently be spotted all over Urban Outfitters' website, and she says that right now, she's "feeling really good."

Dayna has also achieved her goal of helping others, as women undergoing chemo continue to reach out to her and say her photos have inspired them to go out in public sans wigs or scarves.

"People need to see it's still okay to live your life if you have this disease," Dayna said. "It's not the end of the world. You just have to push through and persevere."

Keep scrolling to see more pictures of this fierce fashion model, then take a look at other women who are helping to change the industry.