Forbes have today revealed their 2011 Rich List and it features some of fashion's biggest names. Bernard Arnault, the owner of LVMH came fourth in the list (behind Bill Gates amongst others) being valued at £25.3 billion! Arnault recently added Bulgari to his portfolio which already includes Louis Vuitton, Christian Dior and Givenchy. He was joined in the top 20 by High Street moguls Amancio Ortega, founder of Zara and H&M chairman Stefan Persson.

Francois Pinault who owns LVMH rival PPR came at 67, with a £7.11 billion fortune whilst Sir Philip Green appeared at at 132 with a, not to be sniffed at, £4.45 billion! Italian designer Giorgio Armani wasn't far behind him with £4.1 billion at number 136. I am always interested to read rich lists, are you surprised by the order of these fashion big wigs? 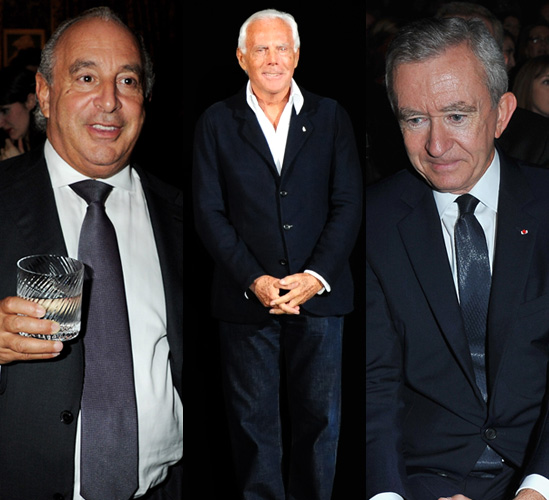