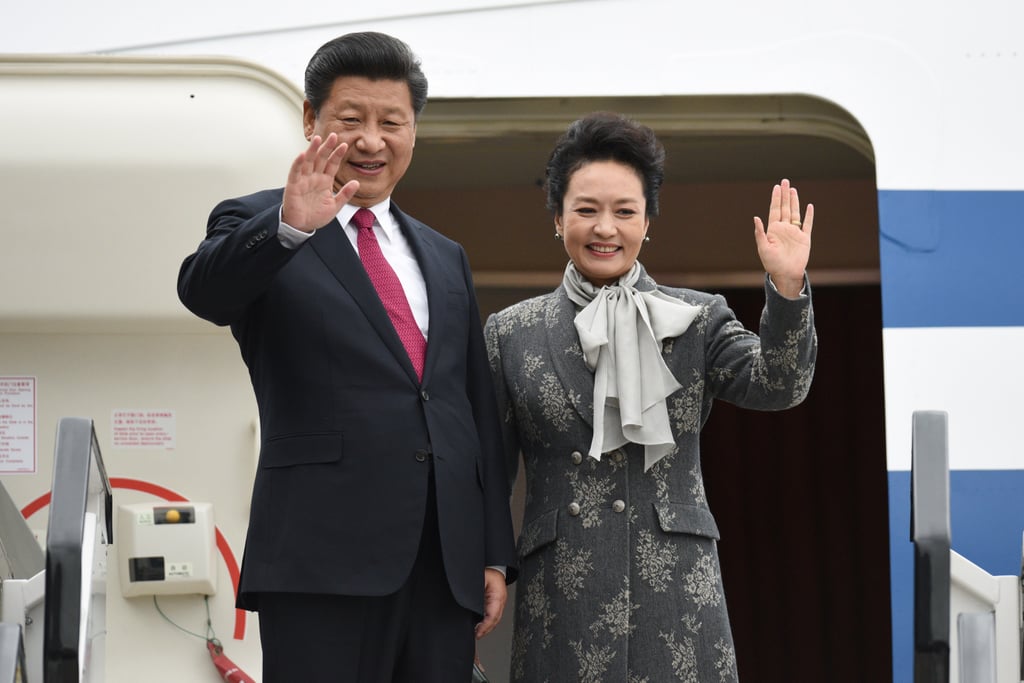 You've probably seen China's first lady, Peng Liyuan, before. Standing alongside the Duchess of Cambridge or Michelle Obama at a state affair, she's hard to miss. In fact, Peng Liyuan's wardrobe is essentially a rainbow — she's a bold power dresser with a coat in every colour. Oh, and the tricks she can pull off with a skinny belt? Let's just say she's been working Olivia Palermo-level styling tricks for quite some time.

While the 54-year-old politician (and contemporary folk singer!) doesn't routinely release details on her outfits, it's safe to say she's a woman with a smart sense of fashion, sticking to her sophisticated uniform of blazers, brooches, and dainty clutches — all of which she coordinates with gorgeous silk gowns.

Ms. Liyuan is one of Vanity Fair's best dressed, and she was recently recognised as one of Porter magazine's 100 Incredible Women for spotlighting Chinese designers at perfectly appropriate events. With each appearance she makes, Peng Liyuan soars higher on our list of style icons. Read on for 50 solid reasons.