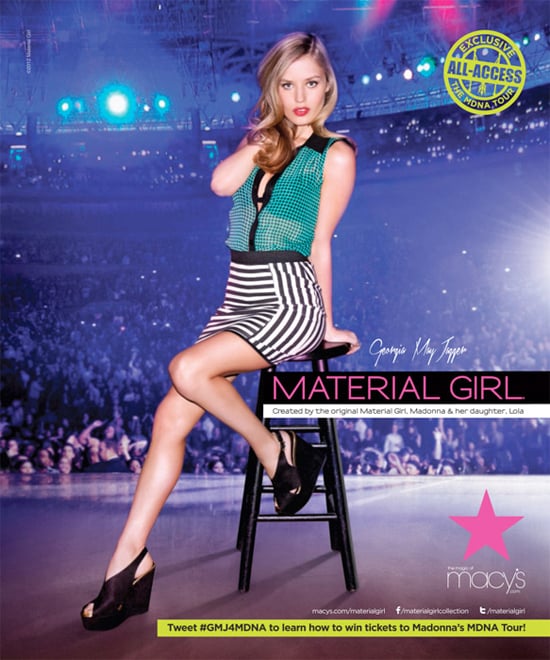 "I had so much fun shooting this campaign. I spent a lot of my childhood backstage hanging out around amps. That was where we chilled when we were younger. So this photo shoot brought back a lot of memories. I have always admired Madonna’s music and style; she is constantly reinventing herself."

Georgia, who is Sunglass Hut's new face, follows in fellow Brit Kelly Osbourne's footsteps in representing the Macy's collection. What do you think of the campaign?