Back in November, Georgia May Jagger was announced as the new face of Versace. The British blonde shot the campaign with Mario Testino showing off the bright coloured Spring collection. The first image was revealed late last month and now another has been unveiled. The daughter of Jerry Hall and Mick Jagger had a great end to 2009 as she scooped model of the year at the British Fashion Awards and her success looks set to continue. Donatella Versace commented on Georgia saying, "She's smart, a strong personality, beautiful, full of energy... and with that natural high star quality, I adore her! She's perfect for this collection – A real Versace girl." What do you think of this ad? 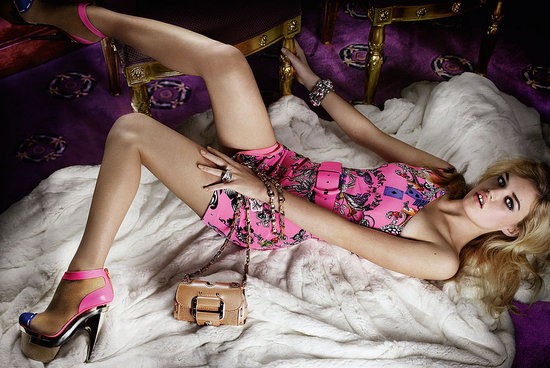 Celebrity Style
Emma Roberts Shows Us the Perfect Mama's Minidress, and It Just Happens to Be Versace
by Sarah Wasilak 25/9/20