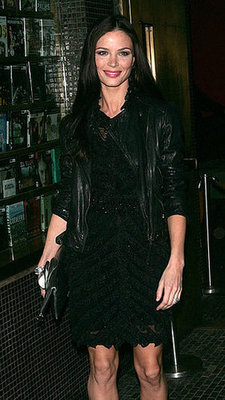 Head designer of Marchesa Georgina Chapman is to branch out into jewellery. It was announced yesterday that she will be a guest designer for Garrard whilst they continue to find a replacement for previous creative director Jade Jagger. Garrard is most famous for providing Princess Diana engagement ring.

Chapman is designing a collection that will be revealed at New York Fashion Week next September – possibly accessorising the Marchesa Spring 2010 line. It will interestingly be titled 'Georgina Chapman for Garrard' rather than Marchesa for Gerrard. Prices are expected to range from $10,000 to $15,000.

Chapman stated, I’ve always had an interest in jewellery. I have a few pieces of jewellery, but I’m by no means Elizabeth Taylor.”

This news is particularly intriguing as Chapman appears to be distancing herself slightly from business partner Keren Craig. Earlier this year Marchesa was realigned slightly as Craig became co-designer.