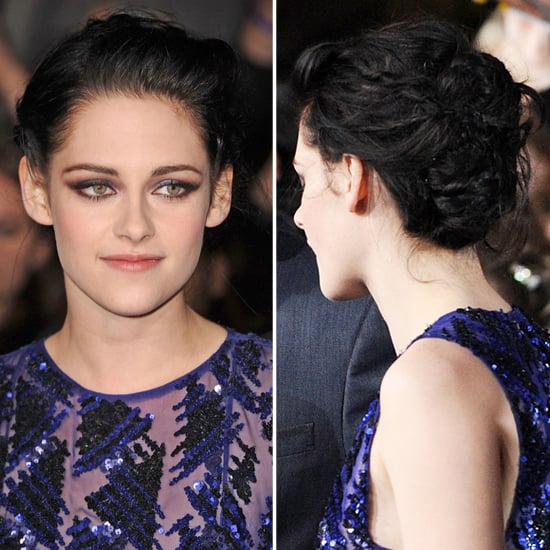 Breaking Dawn Part 1 opens in theaters this Friday, and last night the film's stars gathered together for the official Hollywood premiere. And in keeping with her cool-girl form, Kristen Stewart's go-to stylist, Adir Abergel, chose an intricate updo with plenty of edge. It's definitely more of an advanced look to re-create at home, but to learn Abergel's step-by-step instructions on getting Kristen's twisted, tousled hairstyle, just keep reading.