Last night the very glamorous Philips British Academy Television Awards took place at the Grosvenor House in Mayfair. Everyone from Cat Deeley in black to Kara Tointon in pale pink dressed up for the photos and the ceremony (vote on whose dress you liked most here). I loved the jewels, the hair, and particularly the makeup, not only because most of the women were donning MAC, the official beauty sponsor, but because everyone took chances on either a bright lip or a dark eye. 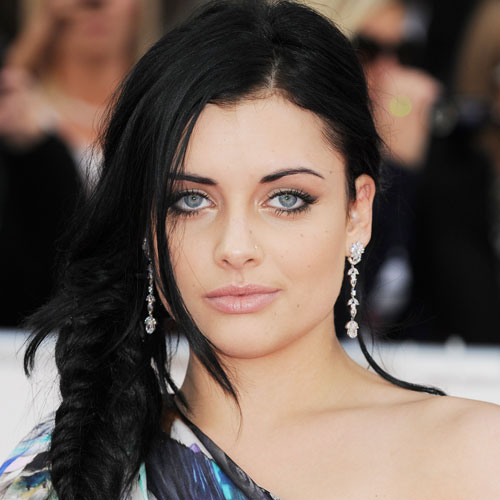 Eastenders actress Shona McGarty looked especially sultry last night. Her makeup was created by a MAC pro artist using the following products. Pro Longwear Foundation and Concealer, Sculpting Powder in Sculpt, Cream Colour Base in Pearl, a bright powder blush on the cheek in Cubic, Eye Brow Pencil in Stud, Mylar Eyeshadow, with a touch of glitter shadow on the base along with a black shadow as a liner and Haute and Naughty Lash Mascara in Black. False lashes were also applied to the top lashes and lips were painted in Creme d'Nude Lipstick. What do you think of Shona's red carpet makeup from MAC?