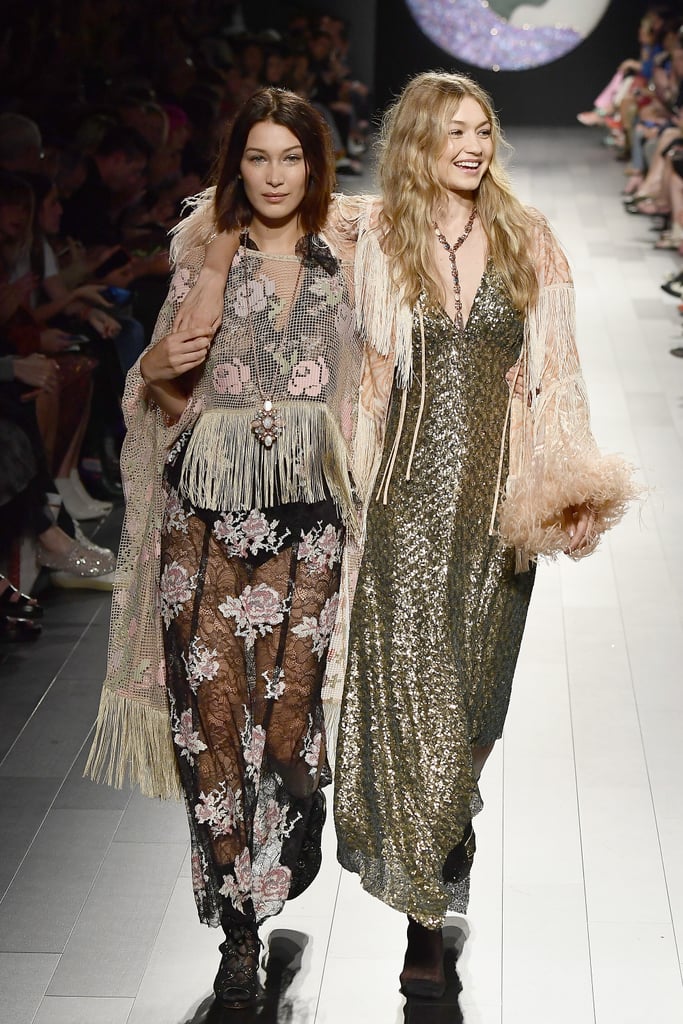 Despite a major runway mishap, Gigi and Bella Hadid proved they are true professionals. At Anna Sui's show during New York Fashion Week, Gigi waltzed down the runway in a feathery jacket, sequinned dress, and one lone heel. Unfortunately, the matching peep-toe heel Gigi was supposed to wear must have gotten lost backstage. Luckily, her fellow supermodel sister was nearby.

Her first time coming down the runway, Gigi did her best to tiptoe on the foot with the missing shoe. If you didn't look too closely, you might not have even noticed. During the finale, however, Bella sweetly walked at her side. Though entirely unplanned, it was one of those moments that makes Fashion Week so memorable.