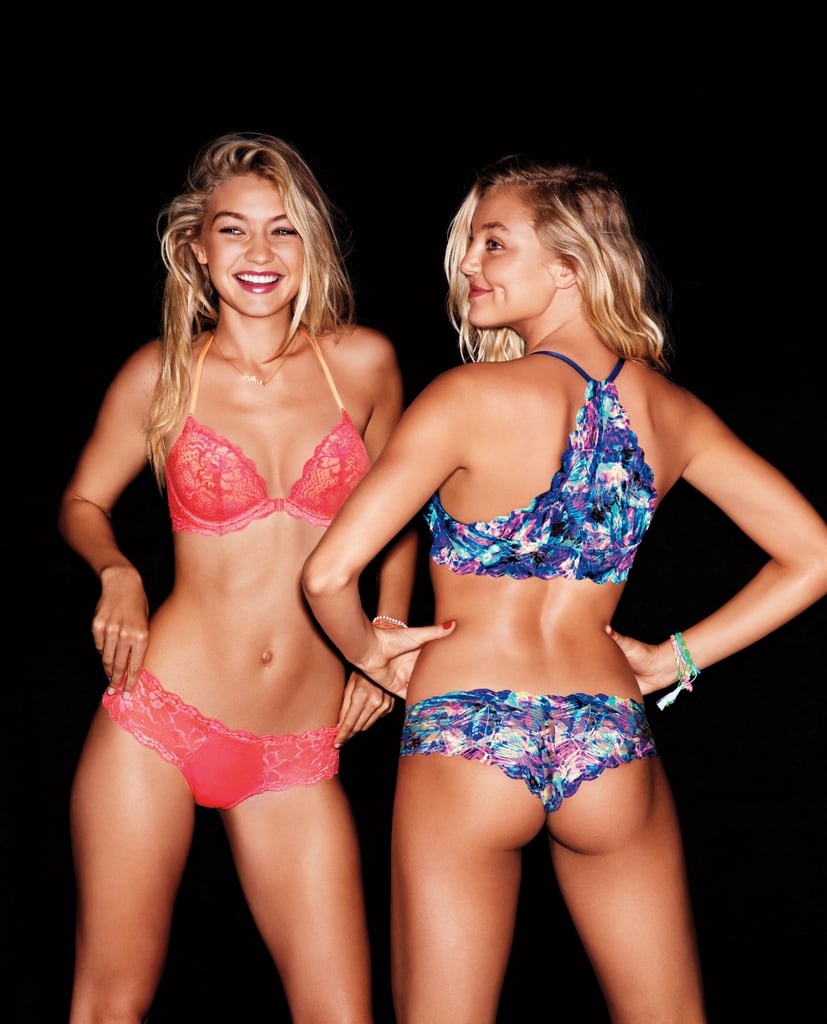 Gigi Hadid has already scored countless campaigns, quite a few Vogue covers, and she's walked down plenty of runways. It was only a matter of time before she fronted a Victoria's Secret ad, showing off her gorgeous curves and bombshell waves for the brand.

Read on to see a few more shots of Gigi working it in her first VS ad, then shop a few of our favourite selections from the line, which includes standout designs like a lacy racerback bra and colourful, seamless underwear that's just cheeky enough.