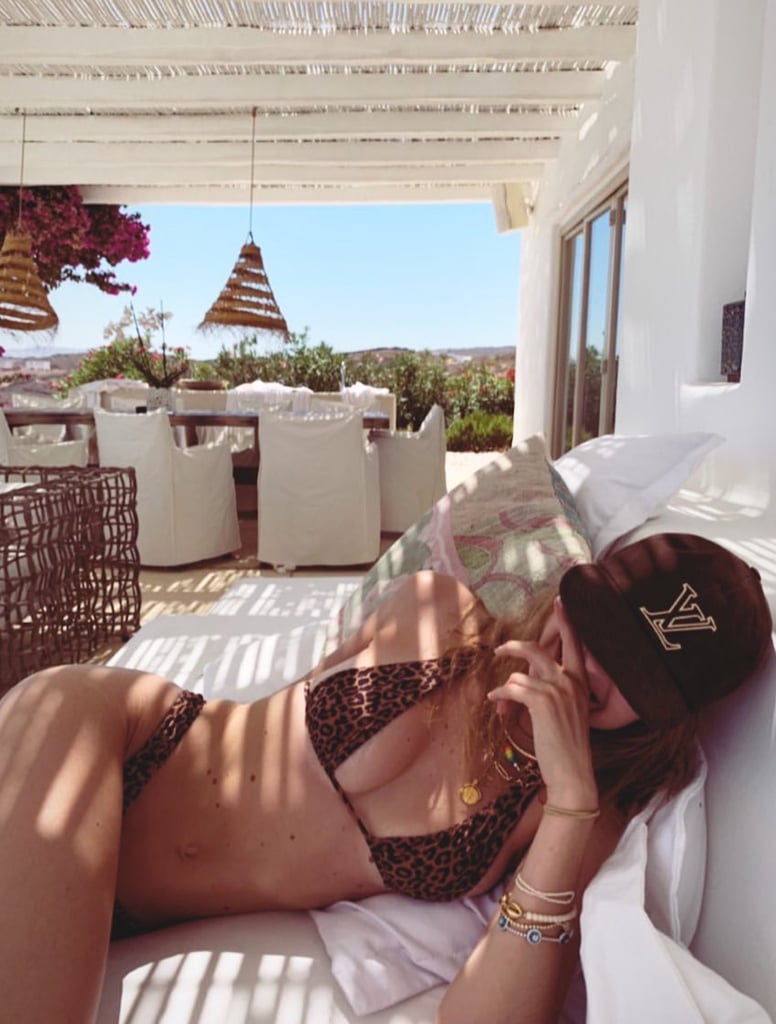 A Lesson in Accessorising Your Leopard-Print Bikini, as Taught by Gigi Hadid

Gigi Hadid packed some seriously sexy swimwear for her holiday in Mykonos this past weekend — I mean, did you expect anything less? After nearly blinding us with a neon orange bikini and sending our pulses into overdrive with a cheeky polka-dot two-piece, the model hopped aboard the celebrity-approved animal-print swimsuit bandwagon. While soaking up the Mediterranean sun and celebrating her older sister Alana's birthday, Gigi wore a beige and black leopard-print bikini that immediately caught our attention as we creeped on her Instagram Stories — and once we noticed how she styled it, we became even more enraptured.

The 24-year-old star accessorised her classic yet ferocious two-piece with a feather-patterned fedora she later swapped out for a brown Louis Vuitton baseball cap. She toted along a netted bag and wore an array of layered necklaces, including one with a golden "G" initial dangling from it, and also stacked on a collection of bracelets, including one adorned with trendy metallic seashells. I mean, if How to Accessorise Your Bikini 101 were a class, Gigi would undoubtedly be the professor, wouldn't you agree?

Ahead, take a closer look at the animal-print bikini Gigi rocked in Greece, and then shop similarly fierce styles for yourself. 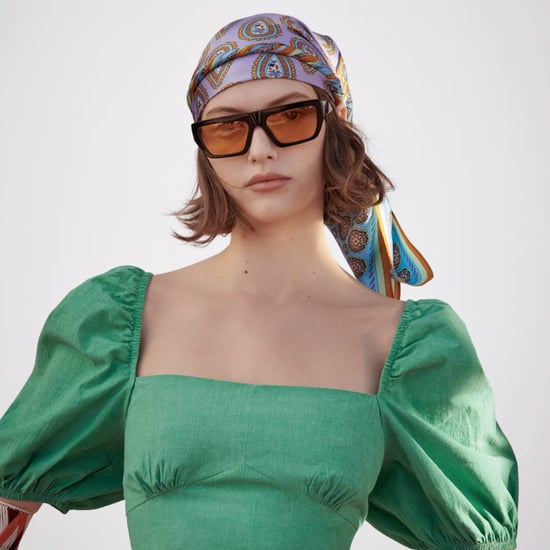 Makeup
Jen Atkin's Minimalist Makeup Collection With e.l.f. Cosmetics Is Worth Your Attention
by Sophia Panych 21 hours ago