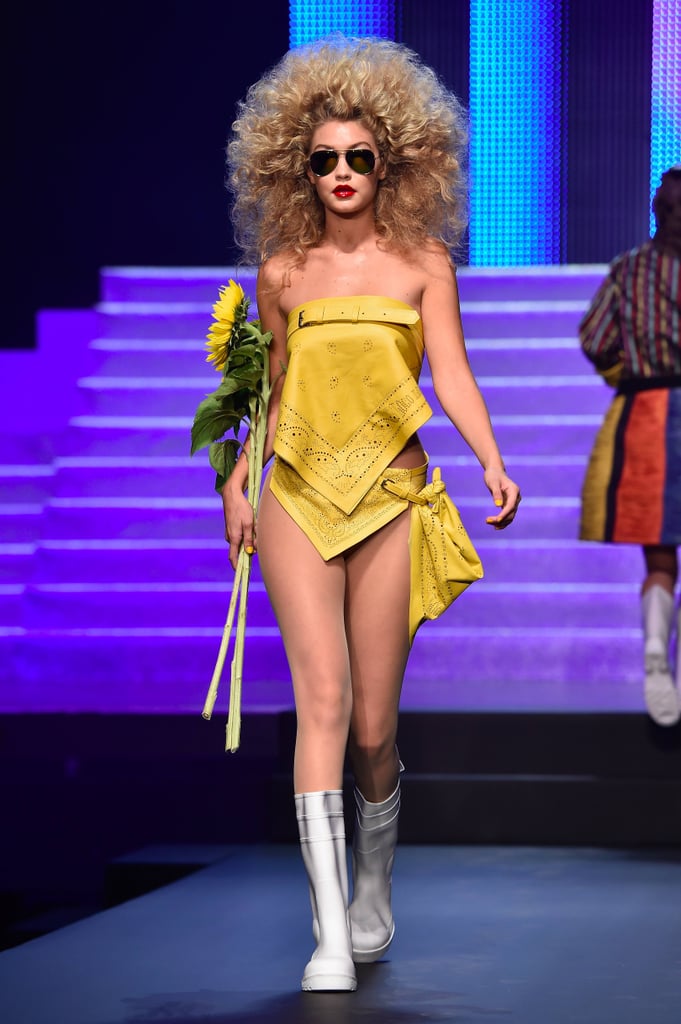 Gigi Hadid's Sexiest Runway Moments Were All About Confidence

Gigi Hadid's very first runway show was Desigual, during the Fall 2014 season. But shortly after, she took the catwalk at Jean Paul Gaultier, appearing almost unrecognisable with bombshell hair and an entirely skin-baring outfit. She wore a yellow leather bandana set that might as well have been lingerie — but even three years ago, Gigi looked like a pro.

In the seasons that followed, Gigi posted about self-love and body confidence after she debuted a supersexy, ultrastrappy Tommy Hilfiger swimsuit. She also suffered a (NSFW) wardrobe malfunction at the Versace Fall 2016 show, but she shook it off. Hey, it happens. As we browsed through Gigi's sexiest runway moments, we noticed that they all have one thing in common: Gigi's pride shines through whatever she's wearing. Read on to reminisce.