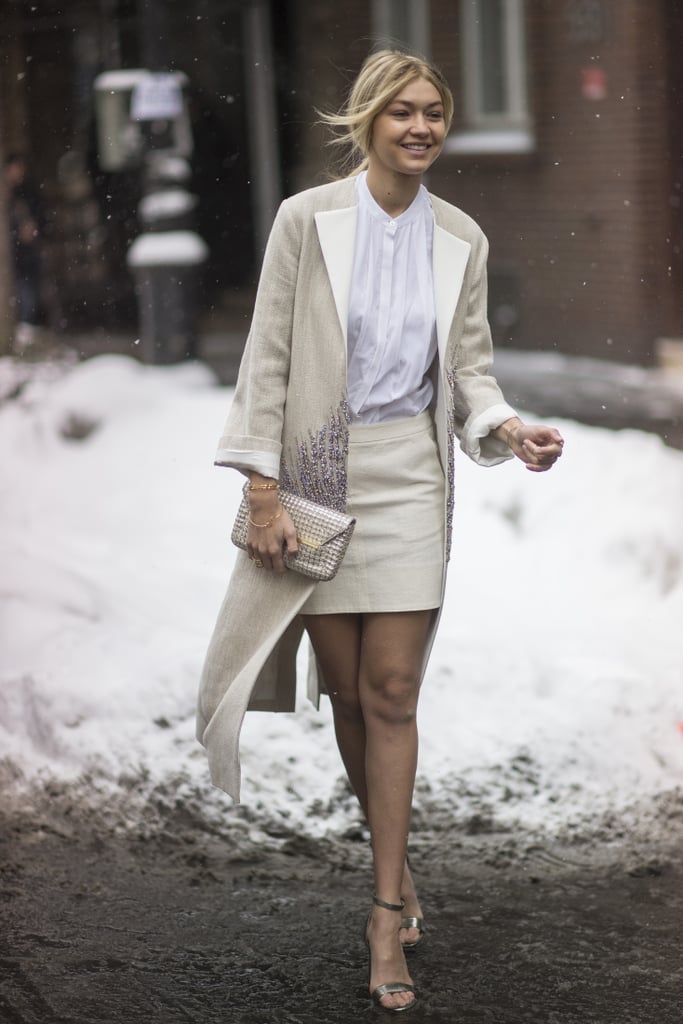 There was no one who inspired our style obsession in 2015 quite like Gigi Hadid. The model quickly rose through the ranks, capturing our attention with her casual-cool street style and her ultrasexy red carpet looks alike. Sure, she may be new to the fame game, but Gigi has quickly proven that she's a style icon who isn't going anywhere anytime soon.

From her many turns down the catwalk to her impressive spreads for magazines like Vogue, 2015 was totally Gigi's time to shine. So, to honour the year's fashion It girl, we rounded up 25 of our favourite looks that Gigi wore this year. Just scroll through for a walk down memory lane, Gigi style.

Celebrity Style
Lizzo Celebrates Body Positivity Poolside in an African Swim Label She Supported During the Pandemic
by Sarah Wasilak 1 hour ago
Celebrity Style
Megan Fox Traded Her Top For Rhinestone Mesh, and Suddenly, the Temperature's Rising
by Karenna Meredith 3 days ago