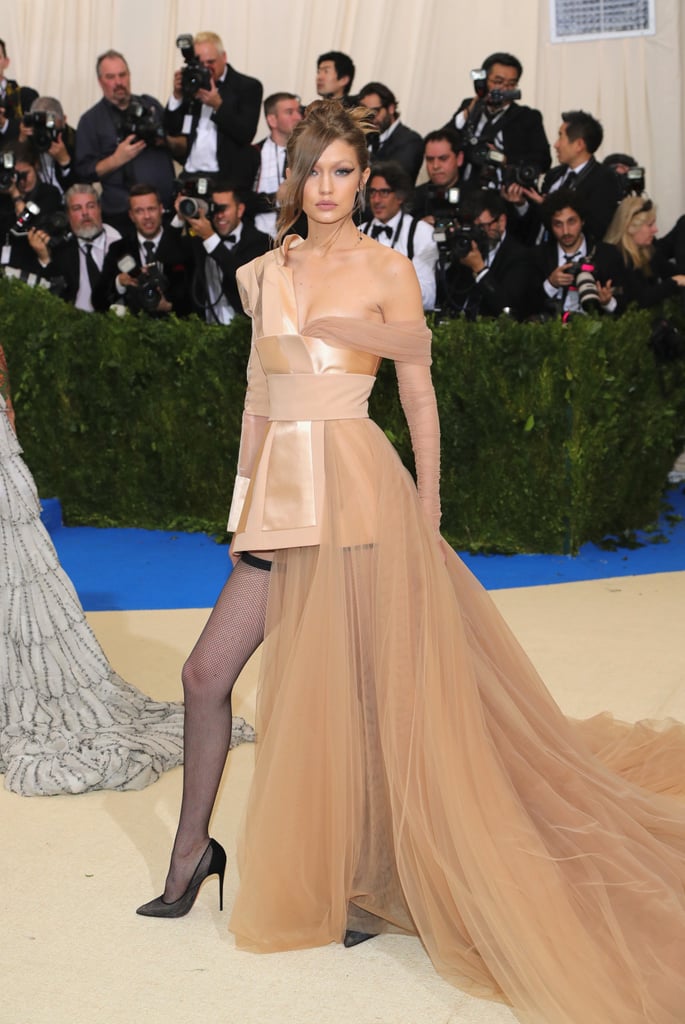 How can we forget when Gigi Hadid was her own knight in shining armour at last year's "Manus x Machina"-themed Met Gala? This year, Gigi showed up to the Met Gala without boyfriend Zayn Malik, but nobody seemed to notice since all eyes were on her avant-garde dress.

The model walked the red carpet in a custom mauve Tommy Hilfiger gown. Her choice came as no surprise since Gigi has teamed up with the designer for their Gigi x Tommy collections. But we were shocked at how well the dress fit the Rei Kawakubo/Comme des Garcons theme.

One part of the asymmetrical dress was off-the-shoulder, while the other side featured a bold shoulder design. And in a similar juxtaposition, the skirt was split into a minidress on one side and a tulle train on the other. To top it all off, Gigi styled the Tommy number with a pair of fishnet tights. Have a look at her Met Gala outfit ahead.

Award Season
Every Eye-Catching Look at the BET Awards Red Carpet, From Lizzo to Chloë
by Mekita Rivas 2 days ago