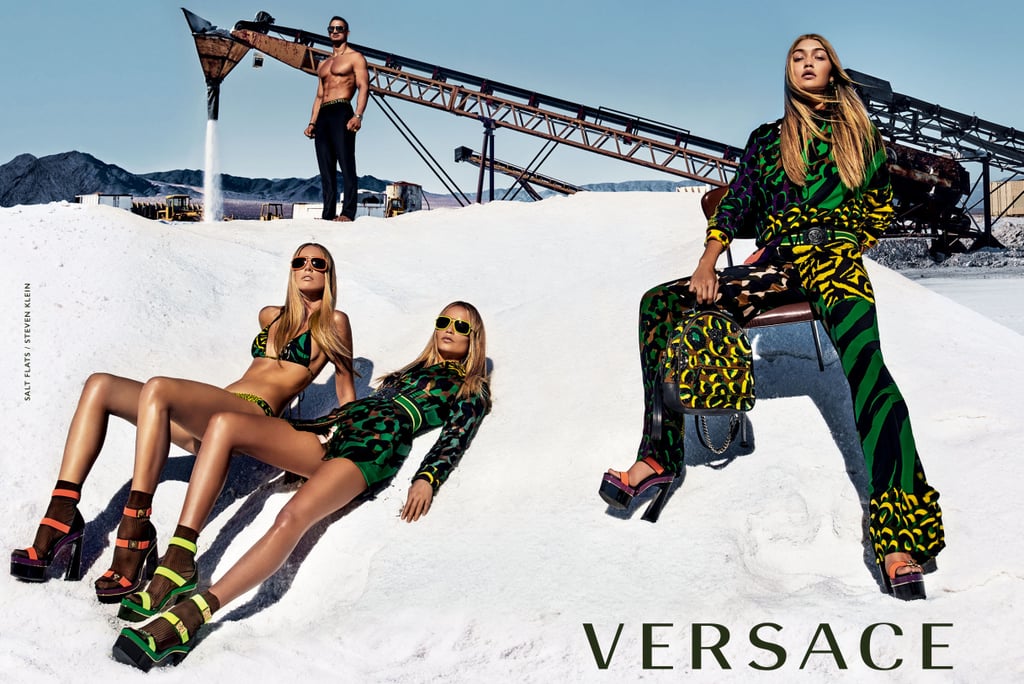 When Donatella Versace launched her new Instagram account last week with a snapshot of her and Gigi Hadid posing together, we had a sneaking suspicion that something big was headed our way. Well, Versace's Spring/Summer 2016 campaign is finally here, and we know what Donatella's selfie was all about. Shot by famed photographer Steven Klein, the photos feature Gigi alongside top models Natasha Poly and Raquel Zimmermann, posing in bright Versace looks against the stark background of California's Salt Flats.

"This is the Versace woman today, an individual who is proud of her own character," Donatella said. "I love Gigi, Raquel, and Natasha and everything they stand for." The designer's message aligns perfectly with Gigi's comments on accepting her own body that drew attention during Fashion Week. Read on to see the shots, along with a few behind-the-scenes photos from Donatella herself.

Celebrity Style
Never Have I Ever's Richa Moorjani: "Kamala's Style Is Almost a Reflection of My Own Style"
by Nikita Charuza 4 days ago