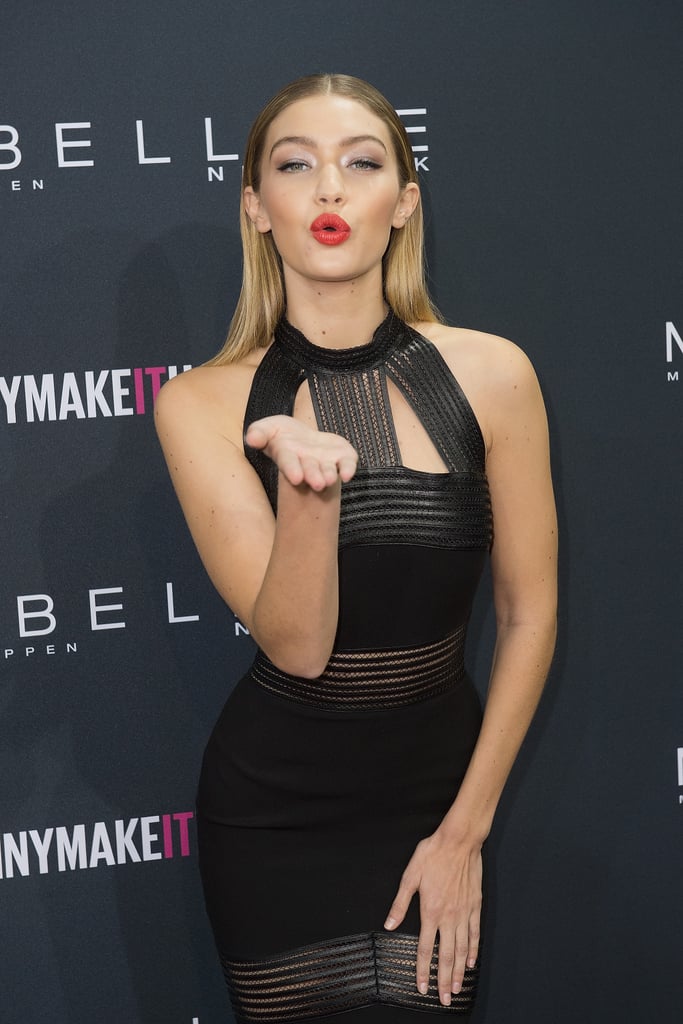 Even Sitting in the Front Row, Gigi Hadid Steals the Spotlight

Fashion Week is quickly approaching, which means we're about to see a lot of Gigi Hadid. Last season, the model owned plenty of catwalks, and we're guessing this time around will be no different. But Gigi just proved that even when she's sitting in the front row at a show, all eyes are on her. The model took in "The Power of Colours — Maybelline Make-Up Runway" in Berlin while dressed in one seriously sexy ensemble, and we couldn't look away.

For the occasion, Gigi slipped into a black sheath dress by Sally LaPointe with sheer panels and feather details. She accessorised with slick black pumps by Kurt Geiger and an eye-catching red lip — because it was a show about makeup, after all. Read on to see Gigi's gorgeous front-row look from every angle, and then shop a few similar smoking-hot styles for your next night on the town.