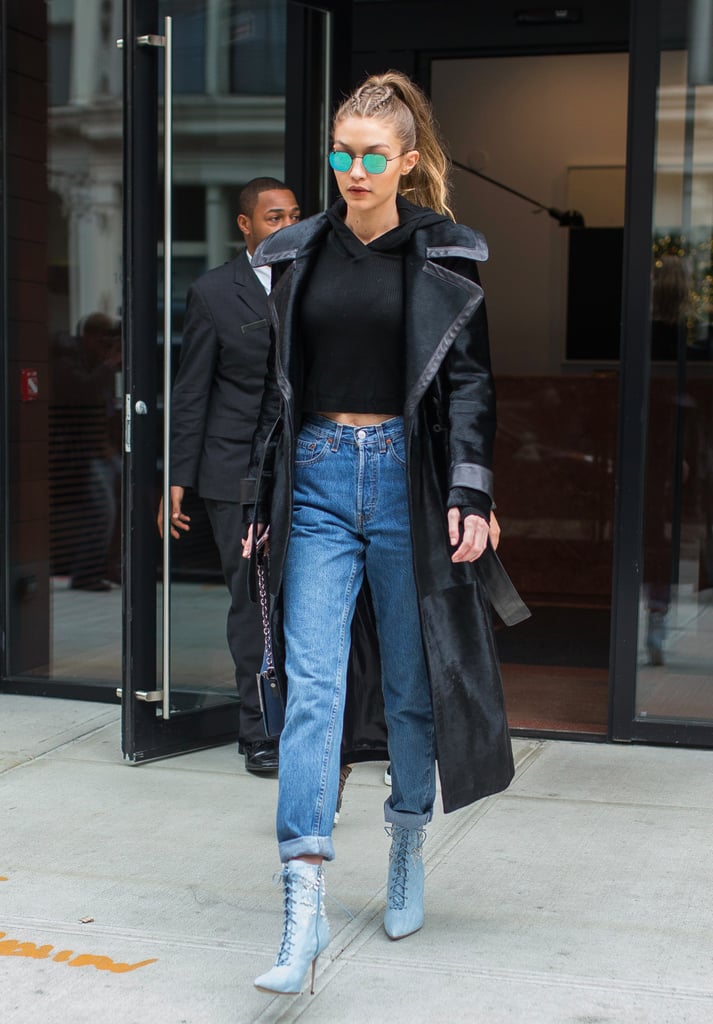 Gigi Hadid's Shoe Switch-Up Will Give You Friday Feels

After a long week, one shopping trip can take a lot out of you — just ask Gigi Hadid. The supermodel traveled from Paris, where she walked the VS Catwalk, to London, where she won model of the year at the British Fashion Awards, and finally to New York, where she promoted her new campaign with Reebok. But Gigi didn't let jet lag get in the way of a visit to Victoria's Secret. She slipped into her high-waisted jeans, a cropped sweatshirt, and long trench, she and accessorised with the essentials, including Krewe mirrored sunglasses and Rihanna's Manolo Blahnik denim heels.

But alas, after making her way home with a car full of packages, Gigi discarded her embellished boots for something a little more comfortable: her classic Reeboks. We don't blame her — all that running around can certainly make your feet tired, and Gigi's shoe swap confirmed what we've always known to be true: a street look consisting of comfortable wardrobe basics works well with heels or flats. Read on to take a peek at the proof, then scoop up the two key styles Gigi packed for her stay in New York.

Makeup
Jen Atkin's Minimalist Makeup Collection With e.l.f. Cosmetics Is Worth Your Attention
by Sophia Panych 6 days ago