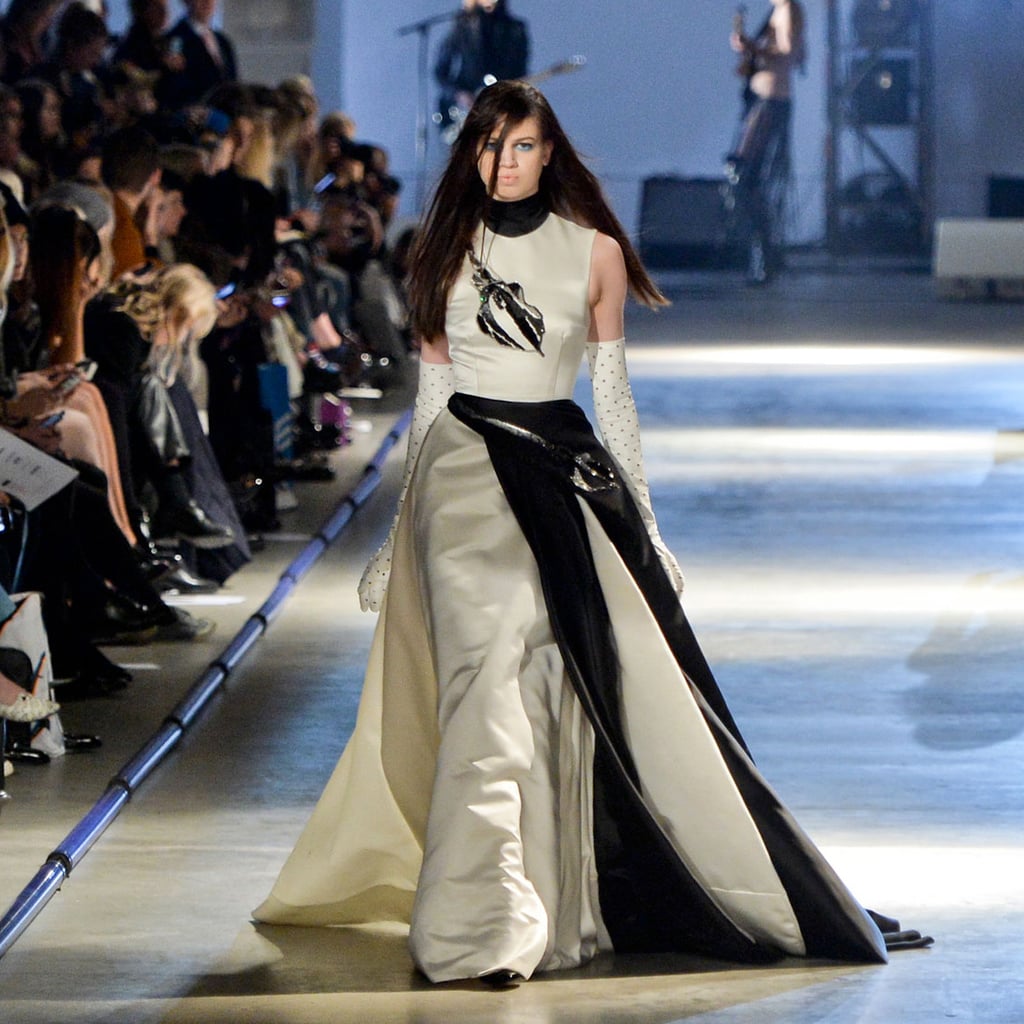 While other London Fashion Week designers chose this season to grow up, Giles Deacon chose instead to play the teenager, with a collection that included oversize knits, biker trousers, punky leather coats, and boxy dresses in shades of black and white or orange and cobalt with bird embroidery. Models wore creepers and bovver boots and stomped down the catwalk with attitude.

Later, the focus moved towards the Giles's trademark, big glamorous dresses in heavy silks, with unexpected prints and details; in this case a series of beetles crawling up the front of a white dress, orange-trimmed barbed wire wrapping round a ballet-length frock, and a big black and white gown with sparkling embellishment, worn with elbow length white gloves punched with holes.

With a show finale that featured Fashion Week's very own rebellious teen — Cara Delevingne — taking selfies while she walked down the catwalk, the spirit of the show was clear. Have fun, take risks, and don't take the fashion circus too seriously!