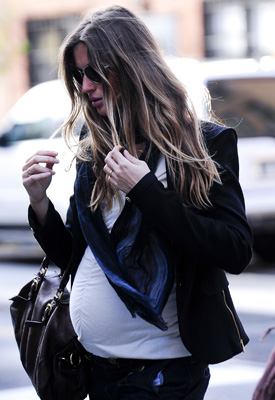 Exciting pre-Christmas news for Gisele Bundchen and her husband Tom Brady as the supermodel gives birth to her first child! The gorgeous Brazilian gave birth to a boy although the details of where and when are not yet known. Earlier this month, Tom revealed that he knew the sex of the baby although Gisele didn't want to know.

She is not the only first time Mother this week as Pop editor Dasha Zhukova has also given birth! She had a boy named Aaron Alexander with her boyfriend Roman Abramovich. She gave birth in Los Angeles with Roman by her side who was welcoming his sixth child in to the world!

Looks like it's going to be a busy festive period for these guys. Congratulations to both couples!