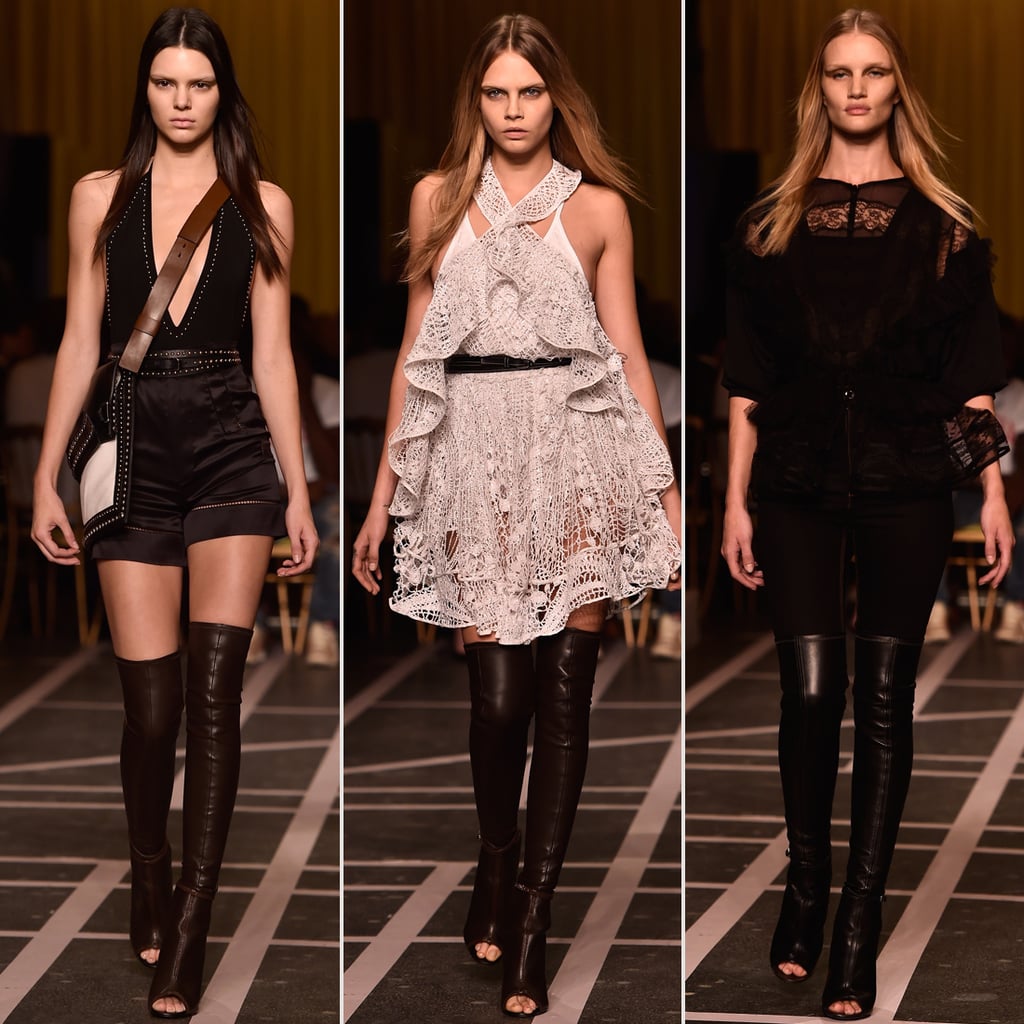 Before the Givenchy Spring 2015 runway show even began, we already knew Riccardo Tisci had something special up his sleeve. After all, the news that baby North West scored her own seat had us anticipating a collection that could truly appease everyone. And Tisci didn't disappoint. The models donned clothing in a palette consisting largely of black and white, and there was no shortage of edgy elements — from studded belts and bags to leather over-the-knee boots with spiky nail heels.

But Tisci's star-packed lineup of models — including Cara Delevingne, Joan Smalls, Rosie Huntington-Whiteley, Edie Campbell, and Kendall Jenner (who's practically become a Fashion Week vet at this point) — lent an air of familiarity and softness to the runway. But of course, it could've also been the quality of the clothes they wore — which included intricate lace and embroidery, flouncy ruffles, and shimmering satin — that brought on a whole lot of pretty. Check out Tisci's supermodel set below, and zoom in on all the details.