Everyone is talking about J Brand's Houlihan trousers. They're by far this season's hottest item which many celebs have been spotted in. They have a cargo style with pockets and zip detail on the ankles. They're named after a character from M*A*S*H and have been flying off the shelves (both virtual and literal) on both sides of the Atlantic. Gwen Stefani was rocking a pair back in February with a soft grey top and flats. They're so versatile and can be worn casually or can easily be dressed up with heels, like Cheryl Cole did. Kate Bosworth also has a pair as do Amanda Seyfried, Vanessa Hudgens and Rihanna. 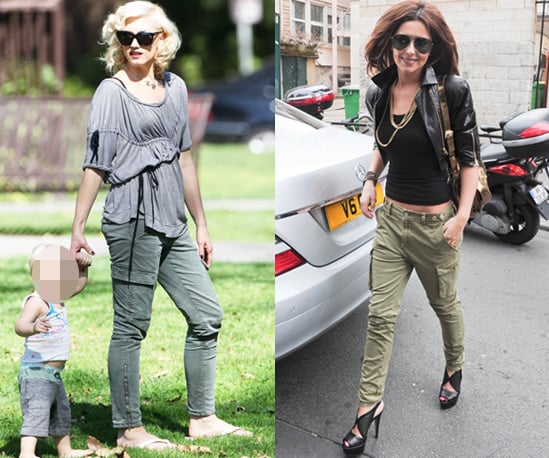 Generally, they're retailing in the UK around £240 (see below for stockists), but I have a great tip for you Fab readers. In the US they're selling for $235 which works out to a lot less, and you can save yourself the airfare by picking up at pair at Intermix for just £167. Don't say I never do anything for you!