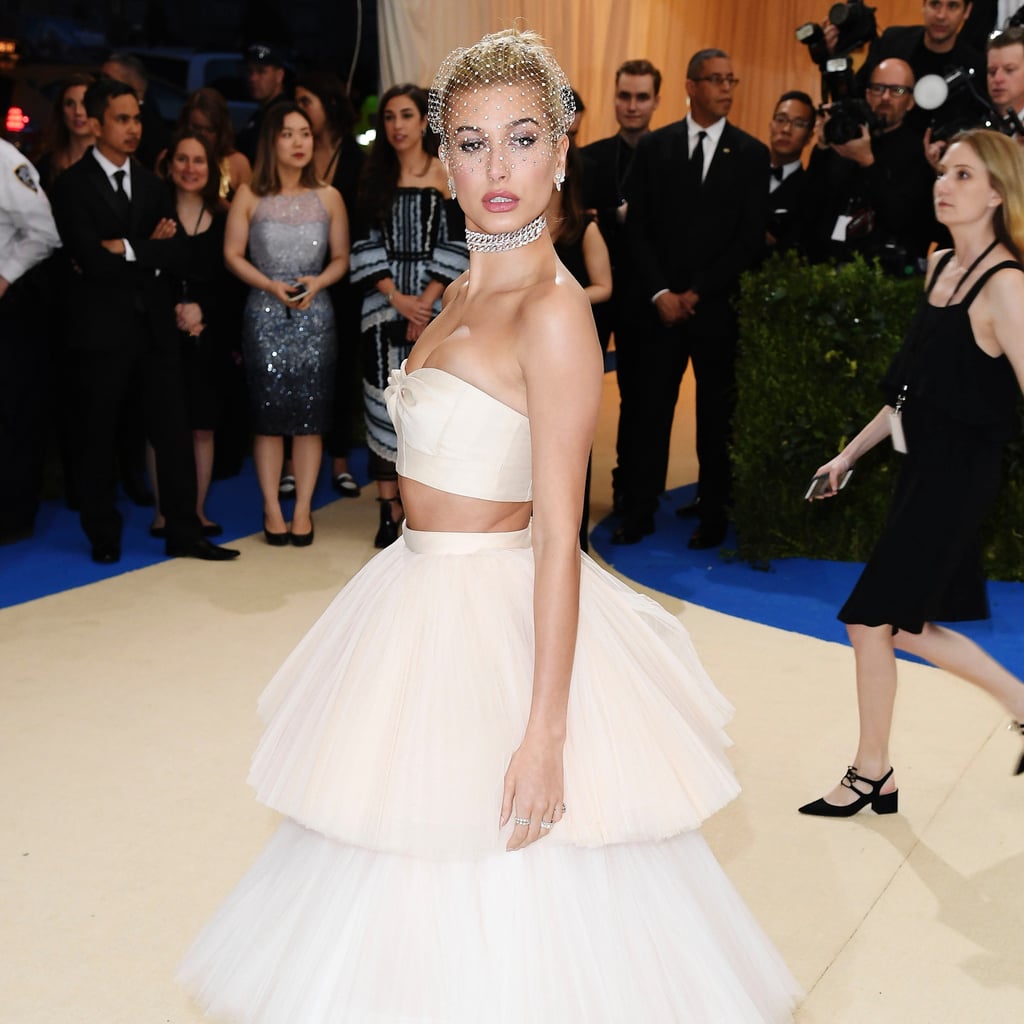 Hailey Baldwin's Met Gala Look Will Remind You of 3 Things

Hailey Baldwin said goodbye to her edgier aesthetic, at least for the night. The model arrived on the Met Gala red carpet in a tiered tulle skirt and bustier-style crop top by Carolina Herrera, both in a soft shade of petal pink. Off the top of our heads, there are a couple things the look reminds us of, and they're not typically things we associate with Hailey or her sexy style.

The tiered skirt looks like a pretty cupcake or maybe the skirt the ballerina inside our childhood jewellery boxes wore. Either that, or she's giving us Carrie Bradshaw vibes — though, when you add the custom Swarovski-studded Gigi Burris veil into the mix, the look gets decidedly bridal. Kind of a ballerina/cupcake mashup and certainly something we could see Carrie throwing on for a day running around NYC. Suffice it to say, her outfit choice reminds us of lots of things, though none of them actually remind us of Hailey, until we zoomed in on that choker. That single piece of jewellery is the one thing that's got her name all over it. Otherwise, she's quite the chameleon, huh? Read on to see the look from every angle and tell us if you agree.