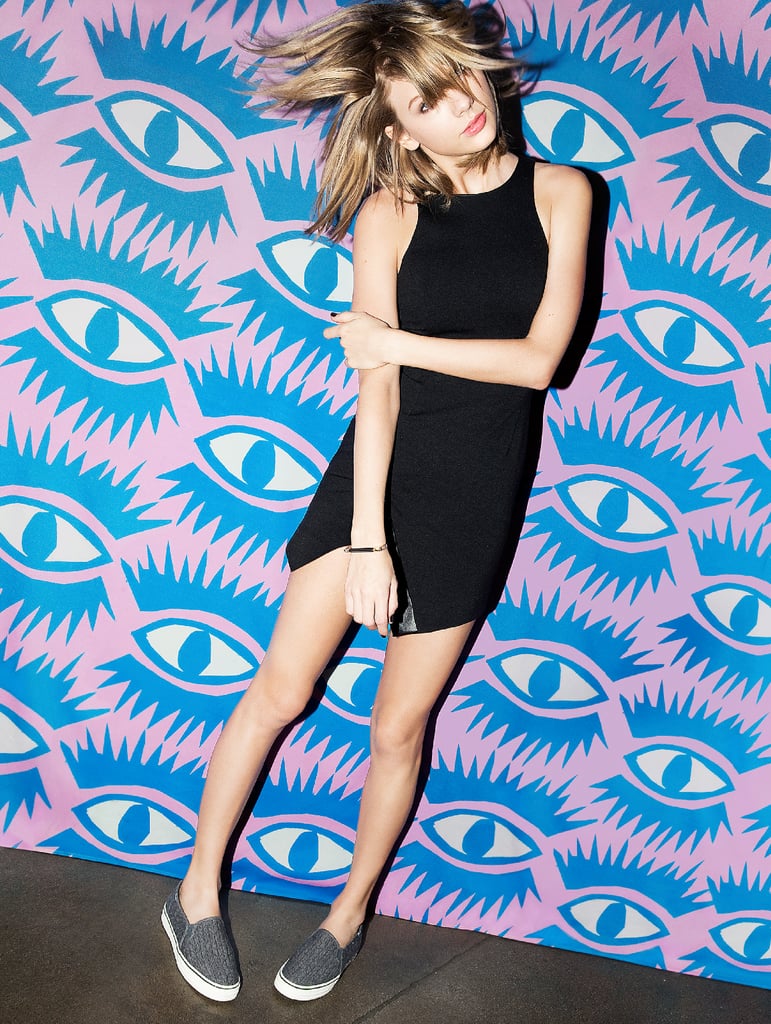 Are you ready to become part of Taylor Swift's ever-growing girl squad? The stylish singer is fronting Keds's Fall 2015 campaign, one that might just convince you you're part of Taylor's crew too. Titled "Ladies First," the campaign is "redefining the conversation about equality and female empowerment," a sentiment we know the self-proclaimed feminist can get behind.

Taylor has starred in the popular shoe brand's ads since 2013, but as the brand prepares to celebrate its 100th anniversary, it is shifting to speak to today's millennial woman, "a bold, edgy feminist with an eye for artistic street style and a penchant for making her own rules." If that's not a perfect description for what Taylor represents, we're not sure what is. We've watched Taylor's style evolve as she's grown into a confident woman who has a style that's all her own, and this new campaign seems to be the perfect fit. Scroll on to check it out, and prepare to be inspired.