Here is the second part of my interview with Guillaume Henry of Carven. In the first part, French born Guillaume talked about getting involved with the brand and meeting his "fairy Godmother" Natalie Massenet. Now, we move on to his second line for the revived label and his thoughts on Kristen Stewart! The Carven collection is fun, young and has a big focus on being comfortable. The new season continues that vibe with jersey lined mini dresses that can be scrunched up and coats that can be worn as capes. 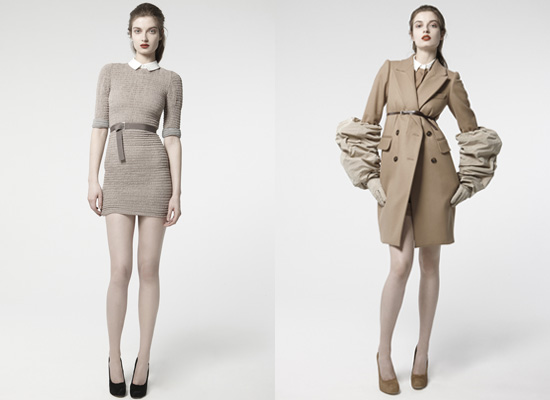 I asked Guillaume about this aspect of his work and the way he likes to play with size and dimension. He explained, "I love the idea of sprinkling a bit of magic on it. It’s not just a coat, it’s a coat that can tell a story. I like mixing things up a bit, sexy but structured."

To find out what else he had to say, just read more.