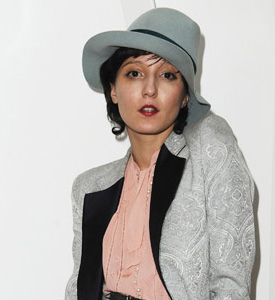 Another model has decided to turn her hand to designing today as Irina Lazareanu announces plans for her own clothing line. Following in the footsteps of Agyness Deyn and Kate Moss, Irina is said to be working on a collection called Rini by Irina.

It is said to be launching in Japan in September and will include flapper-style dresses and shrunken jackets. Irina was the face of Kate Moss's first ever collection for Topshop and has appeared on countless designer catwalks. Are you interested in her clothing line?