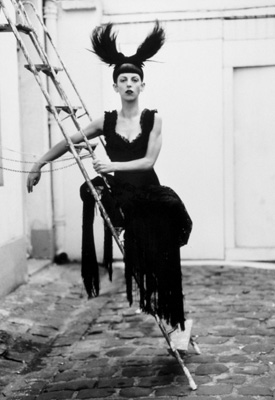 Having recently read Blow by Blow, the biography of Isabella Blow by her husband Detmar, I am currently itching to find out more about the late stylist. There are many rumours about different books, but it sounds like the film is definitely going ahead. The film will not be based on Detmar's book, instead it will use Laura Goldstein Crowe's Isabella Blow: A Life in Fashion which is due out here in January.

The film is being created by Swedish filmmaker Anders Palm and is expected to include input by Philip Treacy and John Galliano, although in what capacity is currently unclear. There are suggestions that Treacy already has an idea of who should play Isabella and Detmar previously suggested Rachel Weisz. Who do you think should be as cast as her?

Isabella BlowFashion Film
Around The Web