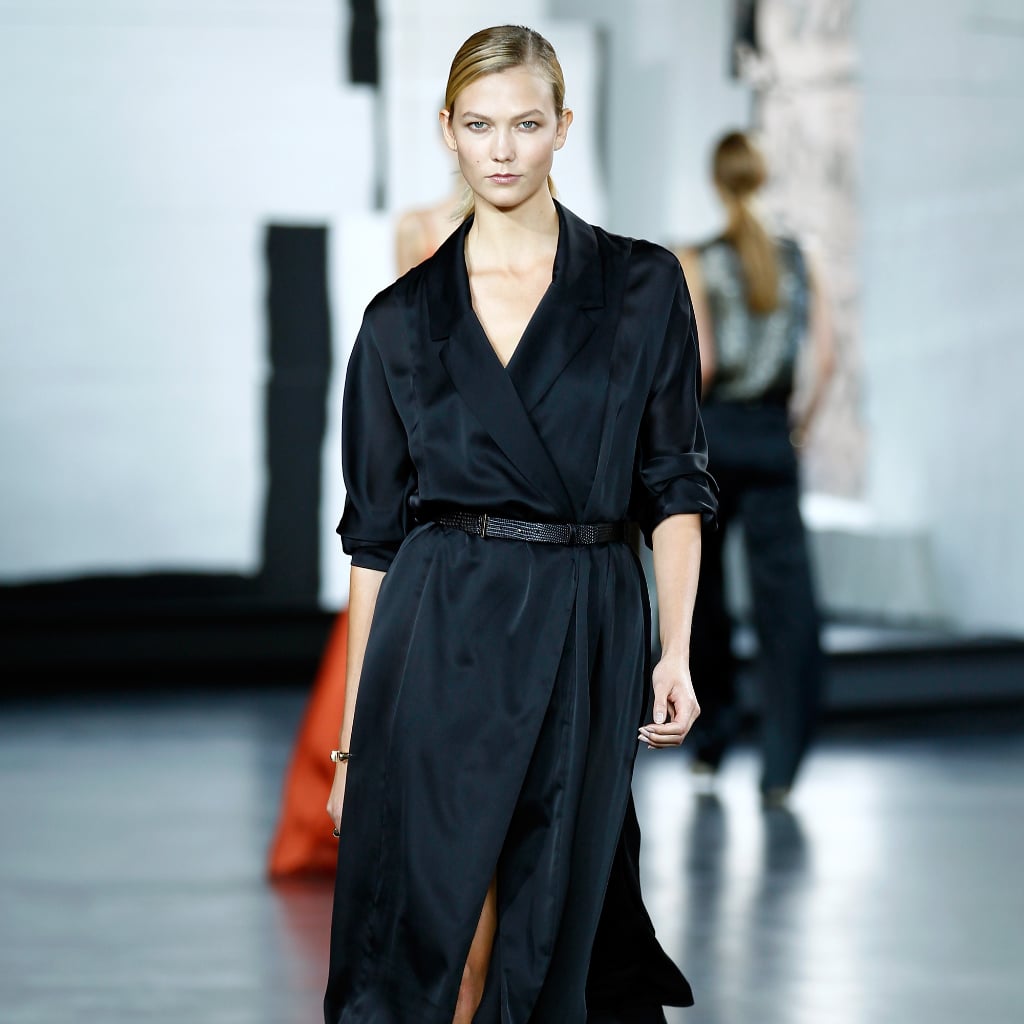 Jason Wu has often toed the line between high-end eveningwear and more minimalist looks, and for his Spring 2015 collection, he went full force with the latter. In a sun-soaked room, the designer sent a series of simple but beautiful silhouettes down the runway in tones that rarely skewed away from neutrals and army greens. From structured sheath dresses with conservative below-the-knee hemlines to crewneck tees over slim pencil skirts, this roundup had something for every woman, particularly every working woman. Even two sheer pieces — one white beneath a silk trench and another black with layered waist detail — had a boardroom feel to them. He devoted most of his highly wearable lineup to this universal style of day dressing and dressed only a few models for more formal occasions. The final looks included an almost liquified green sheath and a backless navy chiffon gown.

As for accessories, the ladylike top-handle purses — which included the introduction of a new bag named after longtime fan Diane Kruger — in varying boxy shapes were the perfect addition to a showing that was simple enough to welcome any type of woman but strong enough to get her noticed.