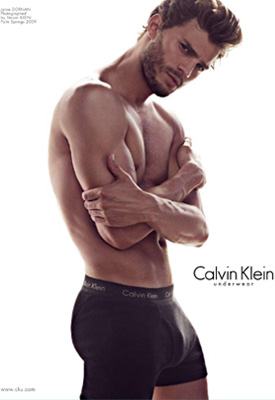 Jamie Dornan has starred in many Calvin Klein ad campaigns including the recent controversial ones alongside Eva Mendes. The male model is now passing on his years of expertise by launching a European talent search in conjunction with Calvin Klein.

9 Countries, 9 Men will take place in England, France, Germany, Greece, Italy, Netherlands, Russia, Spain, and Sweden where they hope to find a man from each country who embodies the attributes of the new line. The 'Steel' range represents the various nations involved using the colours from the flags.

The search begins this Saturday as Jamie Dornan is making a public appearance at London's House of Fraser on Oxford Street at 11.30am.