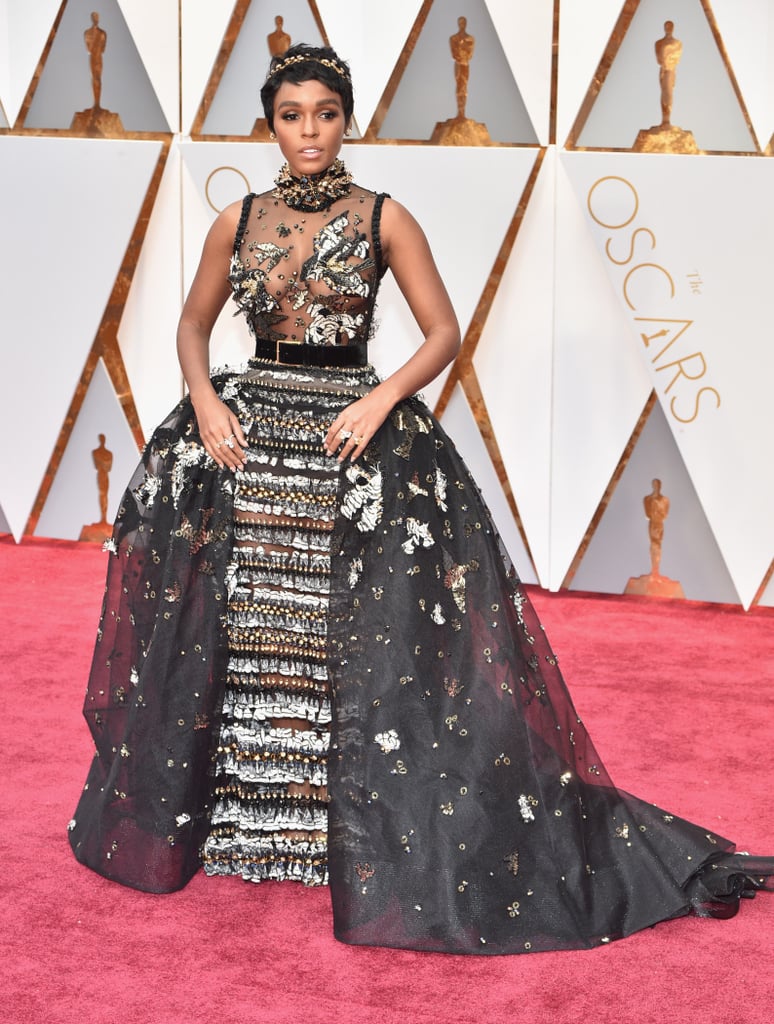 When Janelle Monáe and Her Stylist Saw This Runway Look, Her Oscars Dress Was a Done Deal

Janelle Monáe's quickly established herself as a red carpet trendsetter, with an inimitable sense of style. She proved this again tonight at the Oscars in an Elie Saab Haute Couture gown. The dress, which was pulled from the runway, featured layers of tulle, bead, sequins, and crystals that would catch anyone's eye from afar. Her stylist Maeve Reilly even said, "Her dress tonight is definitely an Oscars dress and there would be nowhere else in the world she could wear this dress."

With a big night ahead for Janelle still, (the actress's films Moonlight and Hidden Figures are nominated in several major categories), she's bound to make history in her dress and movies. Judging from what we've seen so far, she may also very well win best dressed. At least, in our eyes.

"We've been on two press tours for Moonlight and Hidden Figures so it's definitely our grand finale," Maeve said about the gown. "I definitely woke up this morning feeling like a kid on Christmas morning." We're betting Janelle feels the same way too.

Celebrity Style
Hold My Champagne — Is Anybody Else in Love With Billie Eilish's *Second* Met Gala Dress?
by Chanel Vargas 3 days ago

Coronavirus
Meet the TikTok-Favourite Met Gala Dress . . . That Never Made it to the Red Carpet
by Yerin Kim 3 days ago