It has just been announced that Jean Paul Gaultier will be leaving his post as the creative director of Hermès. The designer, who's been at the French fashion house for seven years, will show his last Spring '11 collection in Paris in October. A release states, “After seven fruitful years of creative partnership, Hermès and Jean Paul Gaultier artistic director of women’s ready-to-wear, have decided to bring to an end their collaboration allowing Jean Paul Gaultier to concentrate on his own projects . . . Hermès is deeply grateful to Jean Paul Gaultier for his outstanding creative contribution during these seven years.” 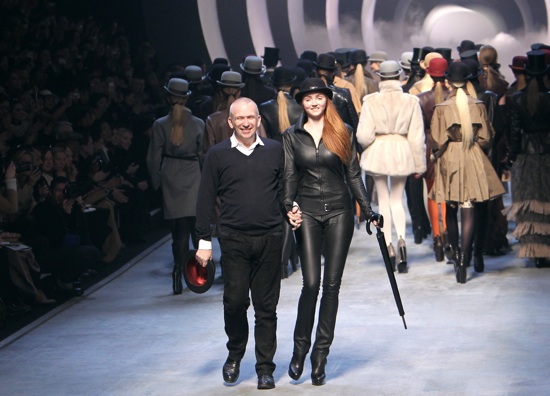 Details are still under wraps, but we do know that Christophe Lemaire is set to take his place as the new artistic director and will be showing his first Fall '11 collection for Hermès next year.