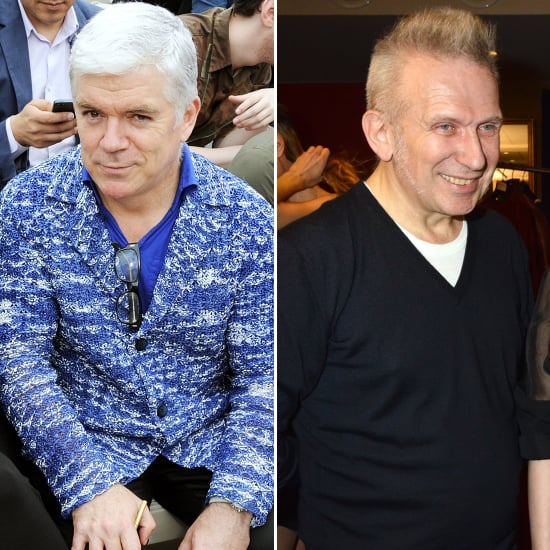 Another day, another designer-critic feud playing out online. Last week, Jean Paul Gaultier posted an open letter on his Twitter account, responding to Tim Blanks's review of his Fall 2013 Couture show. In the review, Blanks called Gaultier's casting "down-market" and said his designs had a "man-eating subtext."

Take a look at the words some of the men exchanged below and tell us whose side of the argument you support. 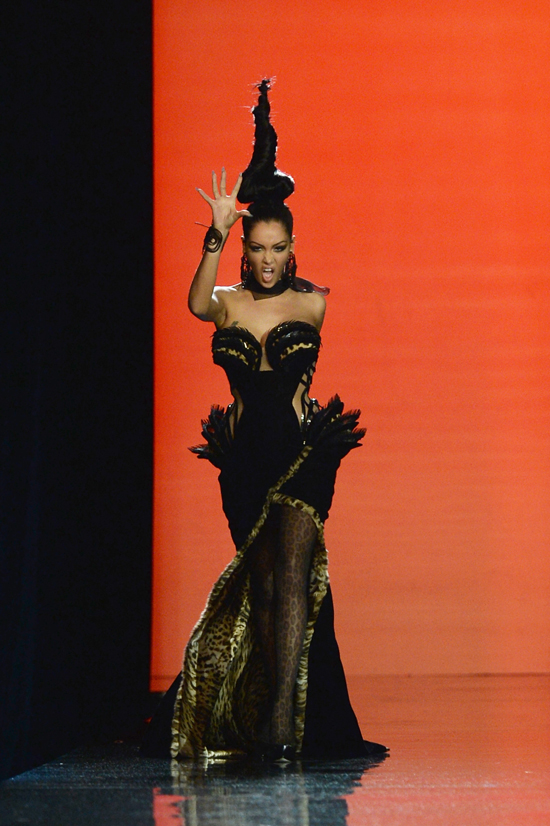 Blanks: "Black Panther . . . was modeled by Nabilla Benattia, a mantrap who is tabloid bait in France for her reality TV antics. . . . Given that Gaultier's catwalk vedettes in his glory days included Madonna and Björk, Benattia seemed a bit down-market."

Gaultier: "The Tim I knew before would never have made the attacks that are more personal than professional. I always had girls in my shows from different social strata, treating someone as down-market is cheap." 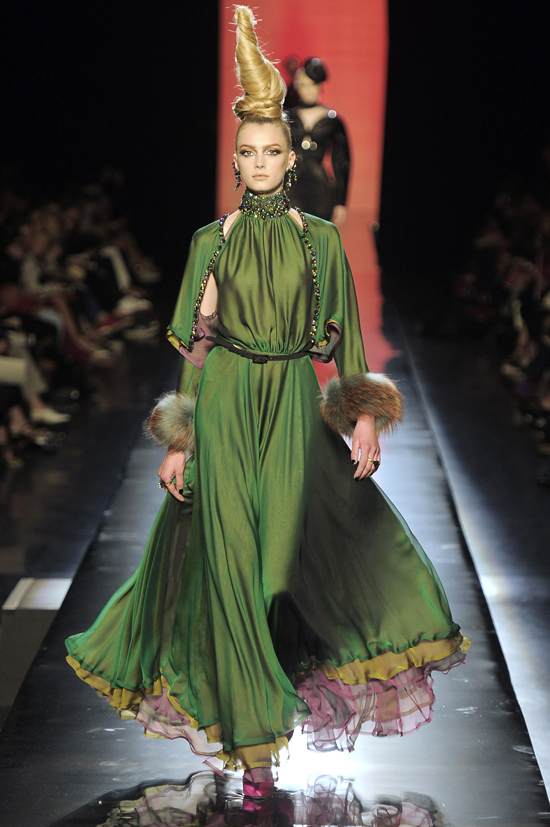 Blanks: "A few outfits later, a 'millefeuille de mousselines' echoed Yves Saint Laurent's way with colour, as a reminder that Gaultier was once considered the one true heir to the throne of French fashion. But that was once upon a time, and that time has, sad to say, well and truly passed."

Gaultier: "In future, rather than be bored at my shows, you can use that time to do something else, for example brush up on your fashion history so that you'll know that 'mille feuille de mousseline' didn't echo Saint Laurent, it was inspired by a Nina Ricci dress from 1967 in homage to Gerard Pipard who recently passed away." 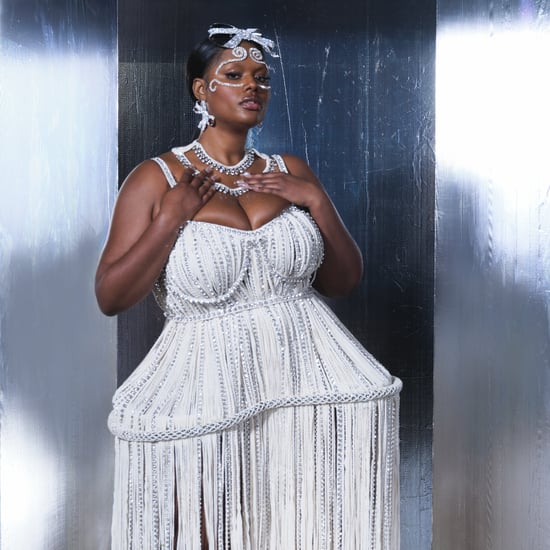 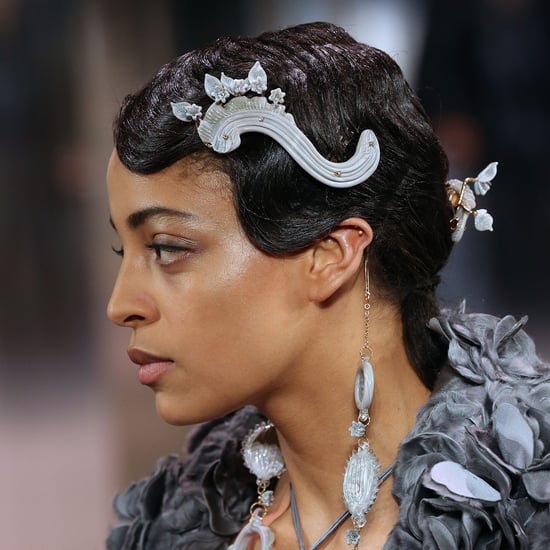