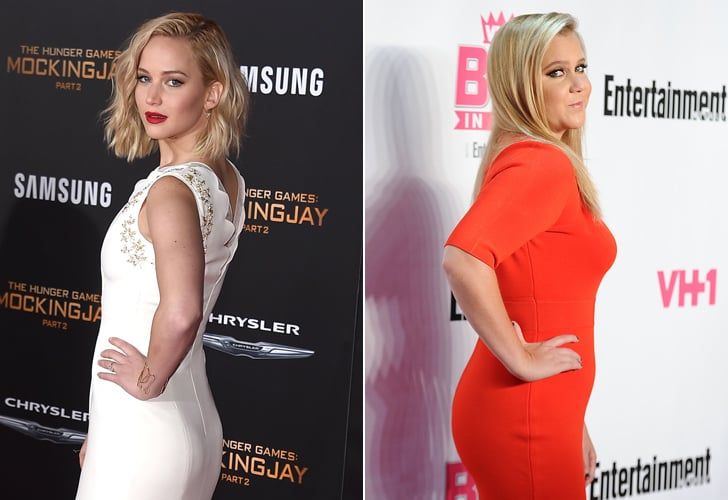 We love how much Jennifer Lawrence and Amy Schumer love each other. And it turns out that our favourite Hollywood BFF duo is actually just like us — they seem to enjoy wearing the same outfits sometimes, and that even means during award season.

Both women are nominated for Golden Globes, Jennifer for her starring role in Joy and Amy for her star turn in Trainwreck; they're actually up against each other in the musical or comedy category. But far from there being any rivalry, Jennifer and Amy might be planning a show of serious solidarity.

This week, Jennifer spoke about her hopes for her and Amy's red carpet looks in an interview with E! News. "We're going to try to figure out to wear the exact same thing," she said of herself and Amy. "That's my mission. I really want us to wear the same thing."

Jennifer was probably joking, but it would change the red carpet fashion game to see two nominees in the same gown. Not to mention, Jennifer and Amy have a long history of rocking similar dresses. Both women have a fondness for strong one-coloured looks — and you might be surprised at just how similar their tastes are.