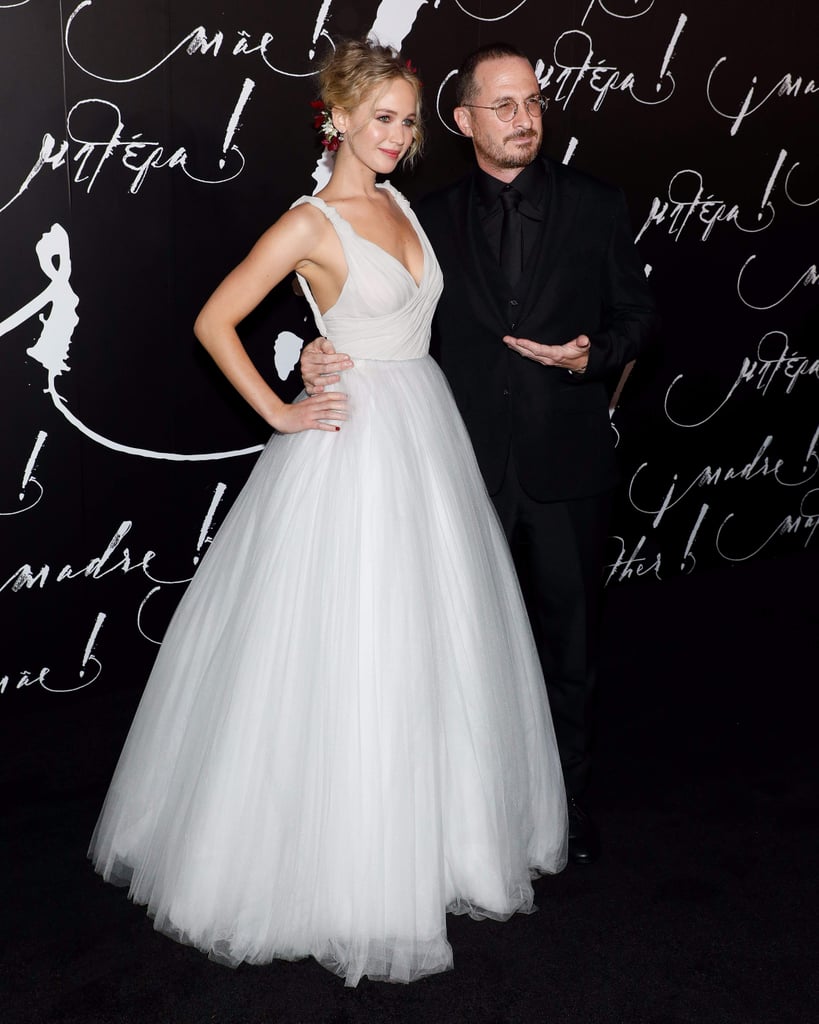 For Jennifer Lawrence, This White Wedding Dress Is in the Cards

After Jennifer Lawrence confirmed she was dating Darren Aronofsky, who directed her new film Mother!, she began discussing their relationship publicly, and the couple finally posed together at the NYC premiere. While Jennifer's already worn countless glamorous gowns while promoting the movie, it just so happens that this Dior Haute Couture design in particular is white. Do we even need to mention that it would also be perfectly appropriate for a bride?

No, we're not saying Darren insinuated a single thing by presenting her stunning look to the cameras as he held her tightly by his side. All we're saying is this: if the pair had jumped on a plane and eloped in Vegas after the red carpet, they'd have been perfectly dressed. Jennifer's floral hair crown was romantic, and her Lorraine Schwartz diamond jewels could surely pass for "something borrowed," couldn't they?

OK, we'll get real. In actuality, Maria Grazia Chiuri's custom creation, which featured traces of gray tulle, a wrapped bodice, and crisscross straps at the back, proves that the creative director of the French fashion house is well on her way to expanding her résumé. She did just create Miranda Kerr's Grace Kelly-inspired bridal dress, after all. Read on and tell us if you don't agree with the obvious: Jennifer should wear a Dior number just like this one on her special day, whenever that may be . . .

Celebrity Style
Dua Lipa's Sheer "Fendace" Dress Is Sexy From the Front, the Back, and Even the Side
by Yerin Kim 1 hour ago