Colour blocking was big news at Australian designer Josh Goot's Autumn '09 show. This was Goot's second season at London Fashion Week and he packed out the theatre once more. His designs were tight fitting and included jumpsuits, mini skirts and knee length dresses. Goot explained that he was influenced by geology for this line, in particular "the organic lines of stone, and cutting and chiseling it." This is especially apparent in this pale ensemble where the contours of a rock are clear. 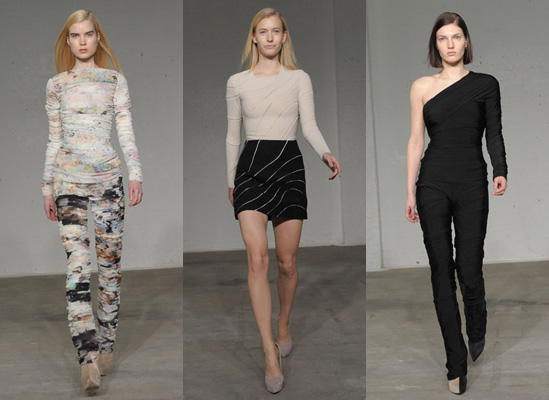 The show was very toned down considering Goot's Spring collection which was awash with bright colours. The only hint of print came towards the end as speckled patterns adorned ribbed items. Overall a very calm, understated collection with potentially quite wearable pieces. What do you think?