Late last year Jourdan Dunn was named Model of the Year at the British Fashion Awards beating off competition from Agyness Deyn. At London Fashion Week this month she proved her worth to the British fashion industry by appearing on a staggering 14 runways. She walked at some of the biggest shows including Twenty8Twelve, Julien Macdonald and Vivienne Westwood. Other models who made an impact throughout the week include Agyness Deyn who opened and closed for House of Holland, Alek Wek and Stella Tennant at Aquascutum, Erin O'Connor and Lily Cole at Qasimi and Sara Blomqvist opened for Luella. 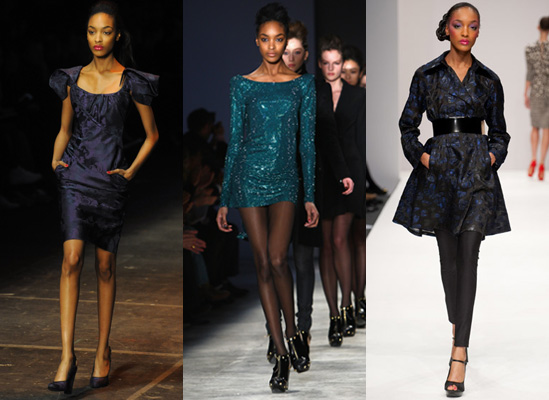