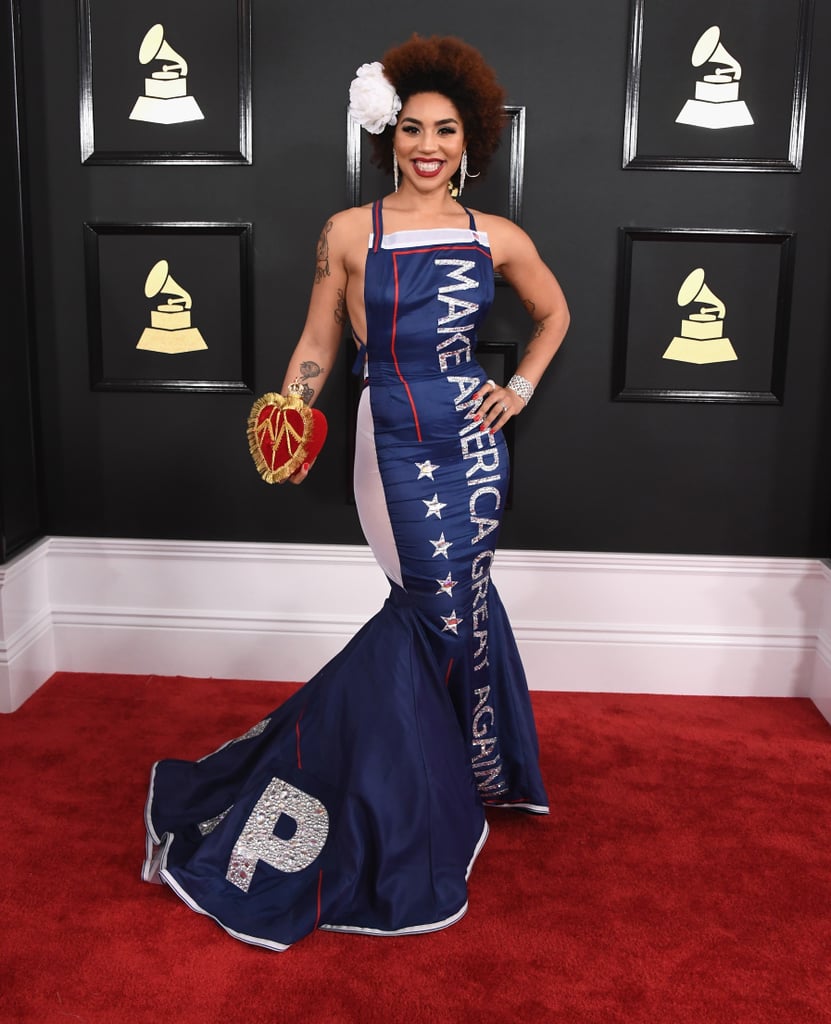 The Grammys red carpet delivered some major style moments. In singer Joy Villa's case, however, she gave everyone more than they anticipated. Joy, who's no stranger to red carpet stunts, arrived covered in a white cloak, but she soon took it off to reveal a politically charged statement on her dress. The bold red, white, and blue mermaid-style gown read "Make America Great Again" and came complete with stars trailing along the hemline.

We did a double take, but there it was. Joy really did rock President Donald Trump's infamous campaign slogan to the Grammys. In fact, the back of her dress even said "Trump" in glitter-encrusted letters. We can already predict the reactions she'll be receiving tonight, and well, we're betting they're not going to be so "great." Scroll on to take a closer look for yourself.