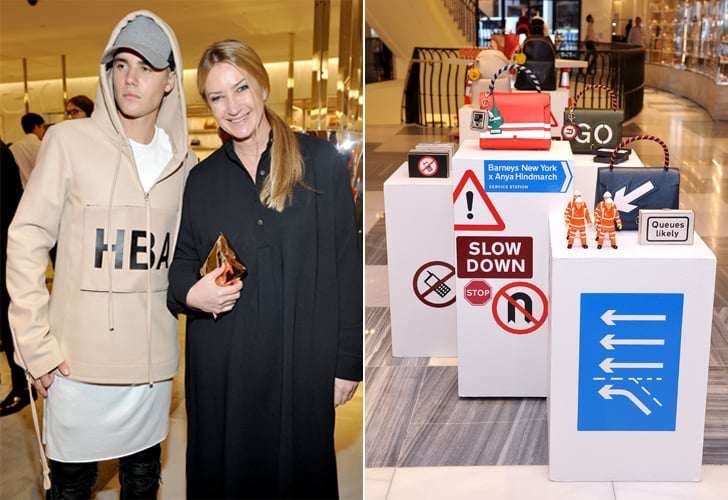 Barneys New York threw a party at its Beverly Hills outpost to honour cult British handbag designer Anya Hindmarch, whose bags are all the rage in the fashion world right now. Anya was in Los Angeles to celebrate the launch of her brand-new Service Station Collection as well as her Autumn 2015 accessories range.

As would be expected at any big LA fashion party, a handful of starlets made the rounds including Kiernan Shipka and Jena Malone — but the most curious guest of all, perhaps, was a Hood by Air-clad Justin Bieber. Is it possible that Justin, like the rest of us, can't get enough of Anya's fun and colourful designs?

Possibly, but it turns out Justin has a personal connection to Anya's creations. He was there to honour his friend and stylist Karla Welch, who cohosted the bash with Jena. "Long day," Justin wrote on Instagram. "But had to come and show love to my girl Karla!" The affection flowed both ways, evidently, as Karla made sure Justin left with a personalised jacket.

Read on to see snaps of the celebrities at the event and highlights from Anya's eye-catching new collection.