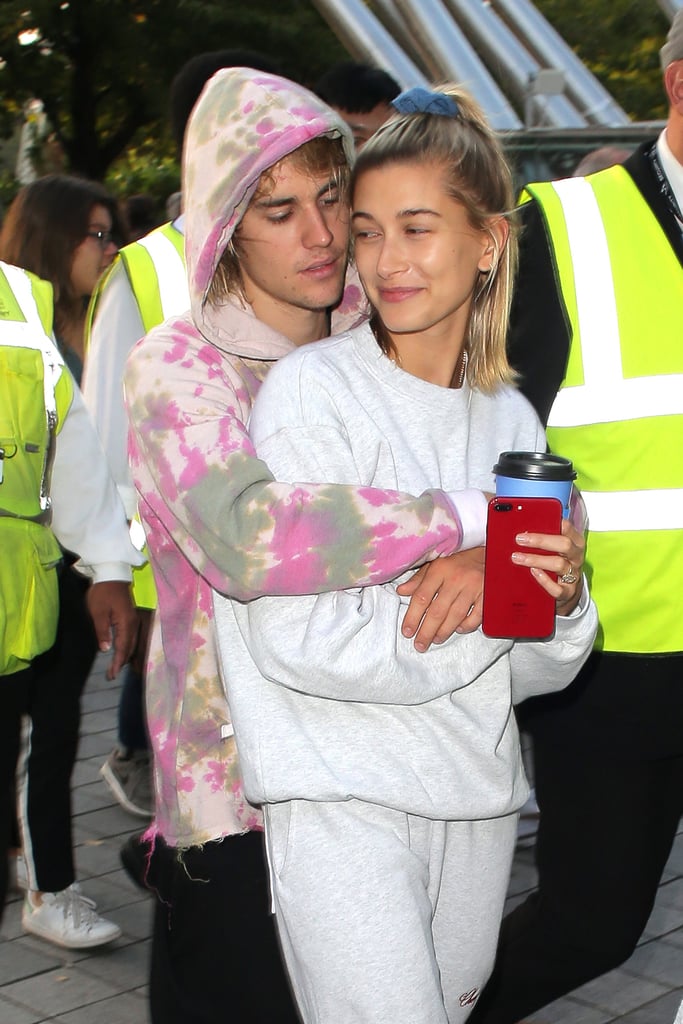 Hailey Baldwin and Justin Bieber are still getting the crowds to pay attention to their romance while in London. After Hailey's uncle, Alec Baldwin, stirred the pot by confirming that Justin and Hailey officially tied the knot the week of Sept. 10 while on the red carpet, the duo has been spotted packing on the PDA in coordinating outfits.

The adorable couple was spotted outside of Buckingham Palace where Justin held an impromptu singing sesh in front of fans. Justin's outfit was very on trend in a wannabe surfer tie-dye sweatshirt that we've seen all over the runways this season. He styled his retro sweatshirt with a pair of black shorts and white Nikes while Hailey watched on proudly from the sidelines wearing a simple tracksuit. We can totally see ourselves taking a cue from JB and slipping into a colourful hoodie this Fall. Read on to get a closer look at Justin's outfit, and buy similar styles ahead.