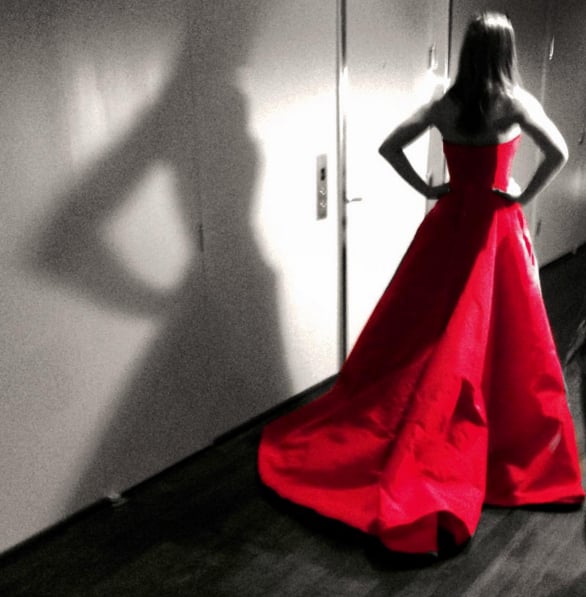 While Justin Theroux's first few Instagram posts have been slightly muted throwbacks, the actor just added a splash of colour to his feed in the form of Jennifer Aniston's dress. The gown, a Spring '13 Valentino Couture creation, was one that Jen wore to the Oscars in 2013.

In short, it was one of her most fabulous red carpet appearances of all time. Ms. Aniston's glow was undeniable, played up by sparkling Fred Leighton jewels, a metallic Salvatore Ferragamo box clutch, and, of course, her main man, Justin, who stood by her side. Read on to see photos of Jennifer's Valentino look from all angles, along with Justin's artsy behind-the-scenes shot, which is one we've never seen before, making it the most special of all.