Karl Lagerfeld is no wallflower when it comes to speaking his mind. But of all the things he has said as of late, this might be the most awkward. During a recent interview with Telegraph, the designer not-so-subtly shared his disdain of former Chanel No. 5 face, Audrey Tautou. More specifically, he didn't like Tautou's portrayal of Coco Chanel in the 2009 film Coco Before Chanel. 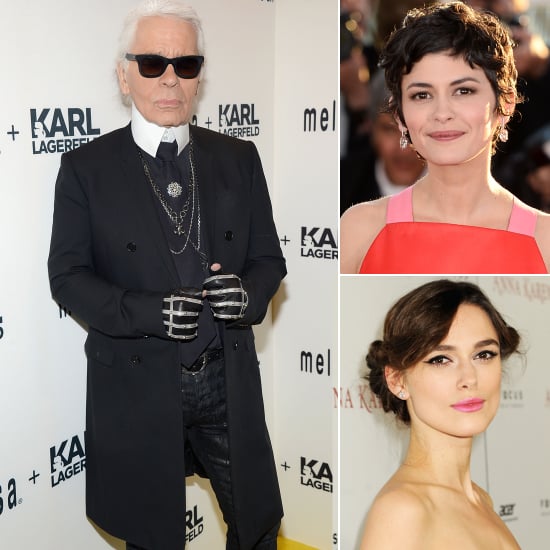 But Lagerfeld did provide a glowing review of Keira Knightley in her role as Coco in his new short film, Once Upon a Time: "Chanel was a different kind of woman. Keira had it. She is a young woman in love, not a spinster."

He also had only good things to say about Knightley as a real-life newlywed. "She had the least pretentious wedding ever. The whole thing was relaxed. I think it's perfect. After all they lived together for quite a time. It's not as if she is a young girl of 18 who sees the husband for the first time. She is not a country girl."

If that wasn't enough Lagerfeld candor for one sitting, he also had something to say about those who use Facebook and Twitter. "They lose a lot of time, these people, and they become stupid because they nearly tell you they're going to the bathroom, eh?"

Sustainable Fashion
Vans Will Use 100% Regenerative, Responsibly Sourced, Renewable, or Recycled Materials by 2030
by Nikita Charuza 2 weeks ago